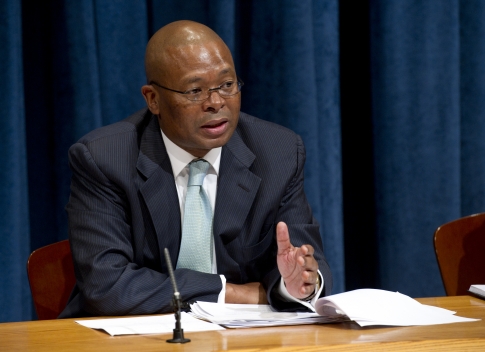 South Africa is emphasizing the importance of closer cooperation between the United Nations and regional organizations in order to solve global problems.

Ambassador Baso Sangqu, Permanent Representative of South Africa to the UN and President of the Security Council for January, has described 2011 as an “extremely dramatic” year with changes in the Arab World and ongoing crises in other parts of the world.

South Africa has assumed the rotating presidency of the Security Council for January.

Ambassador Sangqu has been discussing with Derrick Mbatha some of the issues that the Security Council is going to tackle under his presidency this month.