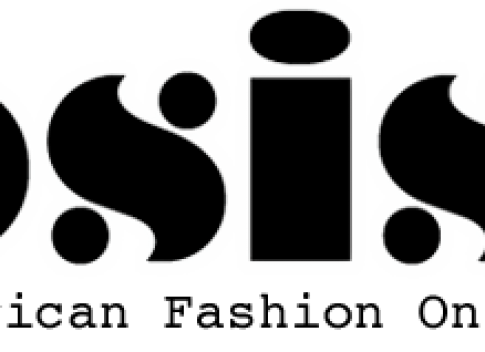 Earlier this month, two recent alumnae who first met as roommates in Wigglesworth launched an African fashion website. Co-founded by CEO Chioma M. Achebe ’10 and CFO Osub S. Ahmed ’10, the site is called Osisi, which means “tree” in the Igbo language of Nigeria, according to the site’s creators.

“We wanted to create a place where people could buy affordable and accessible African designs,” Achebe said.

The idea for the site first took root at Harvard. While serving as president and vice president of Harvard African Students Association, Achebe and Ahmed helped run a fashion show that showcased African designs. Achebe said that many people came up to her after the show to ask where they could buy the clothes they had just seen. She searched the web for outlets that sold affordable African designs, but she could not find many.

“I thought it would be cool to create a website,” Achebe said. “There’s a ton of small African fashion designers. I thought of bringing all of these designers together, like a hub. When we contacted these designers, they were really receptive and excited about it.”

The process of putting the site together took about nine months, and the two have been thinking about starting the business for even longer.

“It took an unbelievable amount of time, and at the end of the day, you have to be flexible,” Achebe said.

The two co-founders decided to start small before branching out, Achebe said.

Currently, the items on the site are geared toward 18- to 35-year-old customers, but the women eventually plan to target other age groups as well.

Achebe said that they do not have plans to open a physical store at the moment but remain “open to a lot of opportunities.”

“Our stuff is not just for Africans,” Achebe stressed, though she noted that the designs are uniquely African.

“Practically, different fabrics and materials are used,” Achebe said, and the clothing lines feature prints that are “virtually only used in African countries, especially in West Africa.”

Each designer also has a different style, Ahmed said, and Osisi features “a great sample from all over the continent.”

Achebe chose the name Osisi for its arboreal meaning. “I like what a tree represents,” she said. “It’s a good representation of what Osisi is about. We are digging into roots and branching out, and people can experience and see it [the culture] by wearing the clothes.”

Both co-founders have other occupations, but “having another creative outlet is worthwhile,” Ahmed said.

Achebe said she considers meeting people from all over the world the “most rewarding part.”

“I am just amazed at all the people we’ve met,” Achebe said. “These designers are so smart and savvy.”

When creating the website and deciding on the designs to promote, the women said that they aimed to pick items that they themselves would want to buy.

Since Osisi’s recent launch, Achebe and Ahmed said that it has been successful so far.

“The average time [people are] on the website is about eight minutes,” according to Google Analytics, Achebe said. After eight days, the website had over 6000 page views, which means about 800 people, she added.

“From all over, the people are checking it out,” Ahmed said.

Since their days as freshman roommates, Achebe and Ahmed have considered themselves best friends.

“You just know each other really, really well,” Achebe said. “We know what the other is good at.”

For example, Achebe said that Ahmed is very artistic, so she handles all the photographs and design for the site.

“Being friends with your business partners is really great,” Ahmed added. “Doing it together is better than doing it separately, and with small businesses, you definitely cannot do it alone.”

Both founders said their time at Harvard helped them create Osisi.

“Harvard has such a great collaborative environment, especially among the student groups,” Ahmed said. “Having been student leaders, we really learned how to connect to people in the Boston area and more.”

“Interacting with everyone who was there—dining hall conversations, late night chats—everyone just inspires you,” Achebe said. “Everyone has all these big ideas and dreams.”