Home Entertainment World Music: Where are the East Africans? 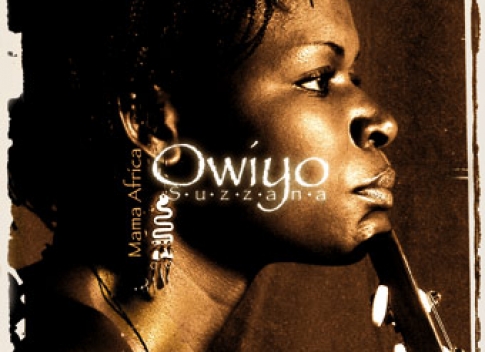 If you asked a random group of American world music fans to rattle off names of African musicians, it will most likely include Youssou N’dour, Baaba Maal, Habib Koite, Salif Keita, Ali Farka Toure, Angelique Kidjo and Fela Kuti. Conspicuously missing from this non-scientific sample are names of musicians from East Africa (Kenya, Uganda, Tanzania, Sudan, Somalia, Ethiopia and others). Save for Nigeria and a few other countries, it is largely music from francophone West African countries (former French colonies) such as Senegal, Mali and Guinea that has enjoyed the most success in the United States. The big question is: Knowing full well that the United States is the largest music market in the world, why is East Africa missing in action?

To begin with, I am led to believe that the French had a hand in this. Unlike the British, central to France’s colonial policy in Africa, was the doctrine of assimilation that considered colonies overseas extensions of imperial France and colonial subjects ripe candidates for integration into the “superior” French civilization. Once integrated, their subjects would be less resistant to colonial hegemony, so the French believed.

Assimilation of Africans was effected through the establishment of schools and French cultural centers designed to propagate French education, language and culture. The French Cultural Center in Bamako, Mali, is one of many around the world financed by France’s ministry of culture. Besides providing performing arts facilities, the cultural centers also extended opportunities to African musicians to perform and record in Paris; thus opening doors for them to the more lucrative European and eventually the United States markets.

It is also noteworthy to mention that the large West African immigrant community that had relocated to Paris beginning in the 50s in pursuit of employment and higher education quickly developed into a cultural hub that became critical to the popularization of African music by availing a support structure and a ready market. Many of the big-name West African artists such as Youssou N’dour and Habib Koite actually nurtured their early music careers in Paris. It is therefore plausible to argue that a primary reason why East African music did not spread is because the French never had a colonial footprint in East Africa. The region was mostly colonized by Great Britain who had no interest in promoting culture.

Some post-independence West African politicians definitely played a fundamental role in the resurgence of an African cultural renaissance. Save for Julius Nyerere of Tanzania, East African leaders did not make culture a centerpiece of governance. Ahmed Sékou Touré of Guinea, Omar Bongo of Gabon, Léopold Senghor of Senegal, himself a renowned poet, created government departments tasked with supporting and developing culture; efforts that greatly benefited the growth of West African musicians.

The most important aspect of music, especially world music, is that it is an artistic manifestation of culture. Attempting to detach music from culture is tantamount to committing artistic turpitude. Culture is a necessary ingredient of music authenticity that draws people or repels them from it: Hip Hop, rock, country and reggae all subscribe to a subculture that identifies the specific genre. West Africans have been effective at combining traditional dance, attire and music instruments (such as the Kora, djembe and ngoni) with modern instruments to the extent that when one goes to a Baaba Maal or Habib Koite concert, it is in essence, a cultural immersion experience that exudes pride and effervescence.

On the other hand, Instead of using traditional dance and instruments as the foundation for modernity, the East Africans seem to have separated their music into three categories.

The first is aimed at a younger, more educated urban population that basically caricatures western Hip Hop and R&B. The second is identified with a less educated, more rural population and is often accompanied by electric guitars and other modern instruments. The third typically employs traditional instruments and is common at tribal ceremonies that are regional and non-commercial in nature.

This separation has inadvertently suppressed East African music on the international arena as it is perceived as unoriginal and devoid of culture. In Kenya, for example, genge (rap in the Swahili language popular with urban youth) has very little in terms of incorporating Kenyan traditional music. The same is true with raga in Uganda and bongo flava in Tanzania.

“Modern” does not necessarily imply an abandonment of culture, but rather, an enrichment of it. Mbalax, a fusion of traditional Senegalese sabar and western pop music is an excellent example of blended African music that not only passes as authentic but is also internationally successful. East African artists need to learn from their West African counterparts if they are to crack the American market. President Ahmed Sékou Touré once said “…culture is not an entity or a phenomenon which is separate or separable from a people culture…”

It then naturally means that culture cannot be separated from music. They cannot survive separately.