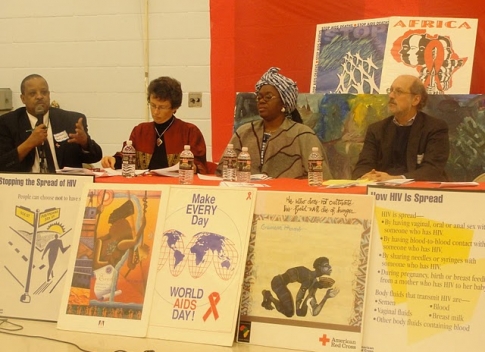 More often than not, our stories are not only told by others, but also narrated from their perspective. Our African Story is a series of community-pertinent topics whose intention is to give an African voice and ownership to some of the most riveting issues of the day. I have decided to kick off the series with the issue of HIV/AIDs and the effects of the epidemic on the African immigrant community in Minnesota.

Although Minnesota is the focus, issues discussed here are relevant to the African immigrant community elsewhere in the United States and the diaspora. This is part one of a three-part article on HIV/AIDS. In this first part, I endeavor to dissect and understand what published infection statistics actually mean. On the surface, the statistics look like just another string of meaningless numbers. But, in the very numbers, lies the devil himself. Part two will feature the experiences of an African immigrant who works on the frontlines of an organization that provides services to HIV positive people. In part three, the reality of HIV hits very close to home as we get a first-hand glance in to the everyday life of an African immigrant who is HIV positive.

According to the Minnesota Department of Health, by the end of December 2010, an estimated 6,814 persons were known to be living with HIV/AIDS in Minnesota. During the same period, 331 HIV infections were diagnosed. Of those cases, African-born immigrants accounted for 33 cases or 10 percent. This may seem insignificant but it quickly takes epidemic dimensions when you consider that African-born immigrants only comprise 1 percent of the total Minnesota population and that this figure is the highest among all immigrant groups. Hispanics form a larger minority block — about 3 percent — yet they account for 31 cases or 9 percent.

The average age at HIV diagnosis among African-born men was 40 while the reported cases among adolescents and youth was only 1 percent. This challenges the notion that HIV/AIDS is more prevalent among the youth as they are perceived to be more sexually active and have a higher propensity to engage in riskier sexual practices. I strongly believe that the higher HIV rate among middle-aged African-born men is due to the stigma associated with HIV. The cultural and religious resistance by older Africans to openly discuss sex encourages denial and hampers HIV awareness and testing, which in turn leads to undiagnosed people unknowingly infecting their others. It is also very possible that most of these people may have been infected in their 20s and 30s while in Africa only to be diagnosed years later after migrating to the United States.

The low infection rates among adolescents and youth is in stark contrast to figures from Sub-Saharan Africa which show that half of all infections happen among youth aged 15 to 24. This may occur because African-born youth in Minnesota avoid getting tested, or are more aware of the dangers of the virus and thus take extra precautions. It is also possible that they may be getting tested anonymously. Because Minnesota allows for anonymous testing, those numbers do not reflect in the statistics.

What comes as no surprise is that among African-born men, 79 percent of the cases are transmitted via heterosexual means. The shocking part, and one many in the African community would rather keep numb about, is that 15 percent of the cases are transmitted via men having sex with other men; an issue that the community is in great denial about as it is perceived that homosexuality is a “White people issue.”

Because of the fear of stigmatization and potential banishment, it makes sense to assume that a substantial number of Africans go for anonymous testing. If this is true, the infection rates are much higher. These startling numbers should awaken the African community to the fact that HIV is a serious epidemic and that serious and concerted efforts to combat the virus through awareness, testing and treatment are urgently needed. It is also critical that Africans themselves take the lead in fighting the stigma and creating awareness.

As difficult as it is, HIV positive Africans need to come out and tell their stories, form support groups to offer comfort to one other and share information on available resources. It is important to note that HIV is not the death sentence it once was. With a combination of appropriate medications, a healthy diet and active lifestyle, a HIV positive person can add more than 20 years to his or her lifespan and live an almost normal life. However, keeping quiet makes the problem worse. It is time for Africans to gather the courage of coming out and telling their story. We cannot continue to wait for others to tell it on our behalf.

Part Two. June 1: Will feature an African immigrant who works with a non-profit organization that is in the frontline of providing services to HIV positive individuals.