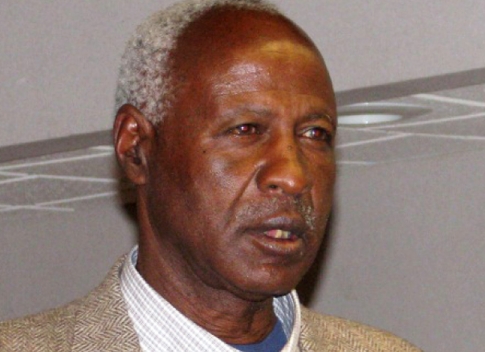 Mzee Morande was the 3rd Born in a family of 8 children: 3 sisters and 5 brothers. He married Yovensia Nyaboke in 1960, and later Maria, Mary, and Josephine respectively.

He was baptized Catholic and was a parishioner of Kebirigo Parish.

The late Joseph Morande was a pioneer entrepreneur and enterprising businessman in Mokomoni area. As a young man he picked tea around the teas estates of Kericho, and engaged part-time in the sale of livestock to butcheries within the tea estates. He also ran thriving tailoring and posho mill businesses. Mzee was a tailor in Kebirigo and Ting’a, where he met his wife Yovensia Nyaboke.

In 1961, Mzee went back to Keoge and Embonga primary schools to complete his Standard 5-8 certificate. Meanwhile, he constructed his first hydro-electric posho mill on Charachani River. Around 1968, he bought land in Mokomoni. He opened a shop there in 1969. In 1970, he built and ran a successful shop business. In 1974, he opened a modern power posho mill at Nyagware.

He was a dear father to: Paul (1st Born), Menecha (Late), Jane, Florence, Peter (Late), Nyangoya, Julius (Juma), Jackline, Finbar, Fred, and James, as well as Kennedy, Temutura, Regina, Kebaso, Geke, Geoffrey, Joel, and Job, among others. He was blessed with several grandchildren and great-grandchildren.

Mzee loved “emebayeno” (Gusii proverbs) and telling stories, especially about personal development. He was a great orator and leader, and could regale you for hours on end.

Note: Read about the memorial service in Minnesota here.