Home News Over 400 take Oath of Allegiance as new citizens 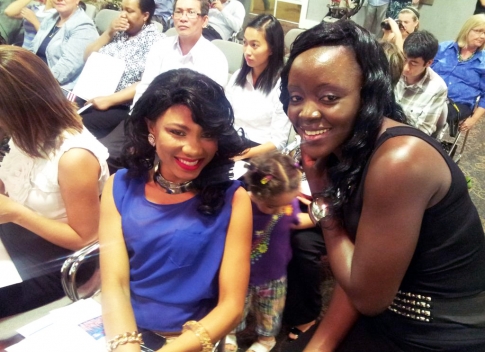 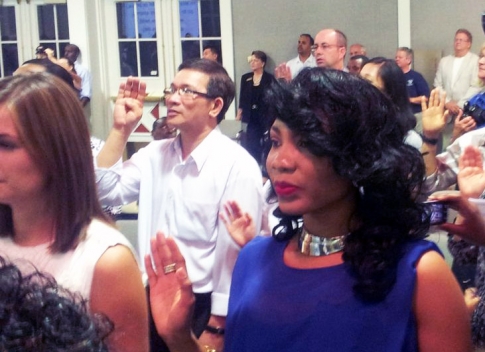 For Perpetual Garyeazon, there was only one word to describe her experience  last  month as she was sworn in as an American citizen during a naturalization ceremony at the Earl Brown Heritage Center in Brooklyn Center.

“(I) am so happy,” said Garyeazon,  a native of Liberia. A beaming Garyeazon  said she was thrilled to be part of the process. She attended the ceremony with her aunt and cousin, Monnie, and was one of 431 people sworn in  as new citizens during a U.S. Citizenship and Immigration Services  naturalization ceremony.

According to Wanjirah Wanjiru, Adjudications Officer with the U.S. Citizenship and Immigration Services, 431 individuals sworn in as new citizens represented more than 70 countries.

Judge Gregory Kishel of the U.S. District Court for the District of Minnesota  administered the Oath of Allegiance.

“I am a child of immigrants myself, my grandfather having come here from Europe,”Kishel said. “Our strength as a country comes from our diversity.”

Judge Kishel’s message was reinforced by President Barack Obama. He told the new citizens via a video message to go forth and “be responsible citizens.”

The League of Women Voters was also present to register the new citizens as voters. For this particular ceremony the League partnered with Brooklyn Park based African immigrant Services (AIS), a local non-profit that focuses on civic engagement.

AIS Executive Director, Abdullah Kiatamba, said he was there to help with the registration of potential voters “because such process helps increase electoral participation of African immigrants in Minnesota,” he said. He prowled the aisles of the expansive hall collecting filled out voter registraion cards  after the ceremony and encouraged everyone to vote.

Garyeazon said she will do exactly that.