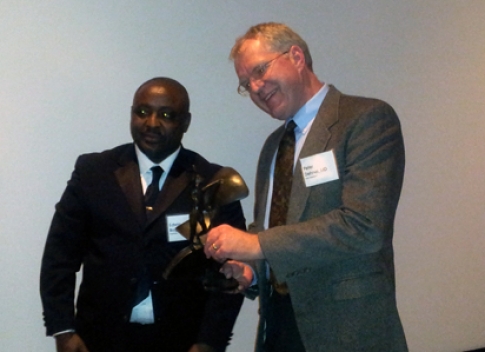 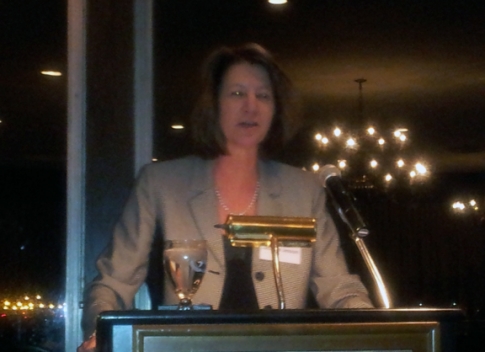 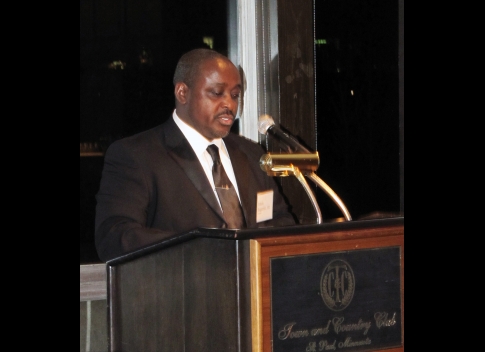 Dr. Edwin Bogonko, a former Kenya Medical Association secretary was last night installed as president of the 5,000 member Twin Cities Medical Society, the largest component society of the Minnesota Medical Association which represents most Minnesota physicians. The 10,000 member statewide MMA has 31 such component societies around the state with TCMS, which represents most metro area doctors, being the largest with its 5,000 members.

Dr. Bogonko is a clinical director of medicine and lead physician at St. Francis Regional Medical Center in the Twin Cities suburb of Shakopee, Minnesota. He received his medical degree from the University of Nairobi and worked as an ICU physician before moving to the United States in 1999. He completed a residency in internal medicine at Hennepin County Medical Center in Minneapolis.

Bogonko was installed at the society’s annual dinner in Saint Paul which was keynoted by the state’s Commissioner of Human Services, Lucinda Jesson. The commissioner’s address centered on the upcoming Obama administration health care reforms and the progress Minnesota has made in preparing for the law and its impact.

Speaking at the annual dinner, Bogonko said he was greatly humbled to accept the responsibility of serving as president for 2013. He told a rapt audience that since becoming active with the society “it has been a ride full of valuable lessons yet very fulfilling in seeing that our beloved society has achieved so much,” he said. Some of the milestones he highlighted included the society’s work with counties to create a “smoke-free” Minnesota and the society’s work with communities, businesses and schools as part of the Twin Cities Obesity Prevention Coalition.

In addition to his high level work with Minnesota’s medical community, Bogonko has been active in helping immigrant physicians, especially African ones, in obtaining board certification in Minnesota to continue their medical careers here. He told Mshale it is a passion of his that he plans to continue with “as it brings me a great deal of satisfaction,” he said.

Joining Dr. Bogonko on the board in 2013 is Dr. Lisa Mattson as president-elect, Dr. Peter Dehnel who is the outgoing president, Dr. Ken Kephart as treasurer, Dr. Carolyn McClain as secretary, Doctors Matthew Hunt and Nicholas Meyer as At-Large members.

With his ascension to the presidency of the Twin Cities Medical Society, Bogonko joins the very small elite group of minority professionals that lead mainstream professional and trade associations in the state of Minnesota.