Home News US Green Card lottery might be discontinued in 2014 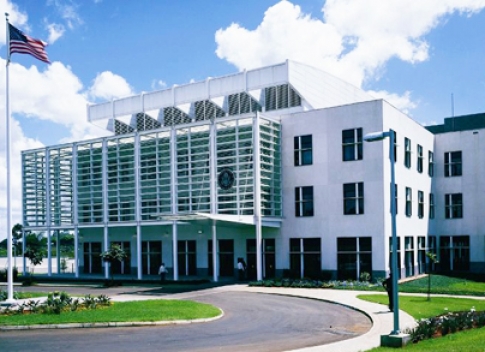 Around 100,000 people will be chosen from several million hopefuls to get a US Green Card on Wednesday, in what could be the last year of the annual lottery, slated to vanish under proposed reforms.

Each year, 50,000 permanent residency permits are allocated to people from countries that see relatively few emigrants depart for the United States.

Created in 1995, the lottery system aims to diversify the range of places from which people migrate to the United States.

It’s a wildly popular program, prompting millions of applicants — a figure that has only grown in recent years.

But it has long been in the crosshairs of US Republican lawmakers, who control the House of Representatives and say it adds no value to the economy.

Now, they have included a plan to scrap it in the comprehensive immigration reform plan currently being debated in Congress.

A final vote on the reforms is not expected before this summer, but if it passes, the diversity visas would vanish from next year.

Not that this year’s crop of hopefuls knew, when they applied, that this might be their last chance.

To enter the draw for 2014, would-be immigrants needed to file a free online application in October 2012.

From 1600 GMT on Wednesday, the candidates will finally be able to check their status on the government website www.dvlottery.state.gov, using their personal confirmation number.

Some 100,000 names will be selected in a first round, because not everyone will complete the process for a visa, and a maximum of 50,000 green cards will ultimately be given out.

In the 2013 lottery, 7.9 million people, with 4.6 million spouses and children, submitted applications.

More than 18,000 Africans, more than from any other continent, got Green Cards through the lottery in 2012. Half of the lottery is reserved for applicants from the continent, which could now lose out.

Countries that sent more than 50,000 immigrants to the US in the past five years are excluded from the lottery.

This year, that includes a range of countries, including Bangladesh, Brazil, Canada, mainland-born China, Mexico, Pakistan, South Korea, and Britain (except Northern Ireland).

The 2014 winners will be given interviews from October, where they will have to show proof of a high school diploma or at least two years of work experience, as required under the program.