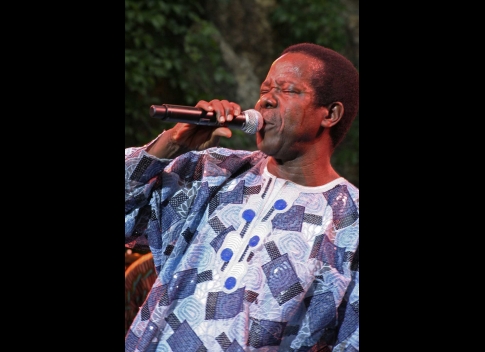 The ‘African Summer’ music series kicked off this week at the Cedar Cultural Center in Minneapolis. As in the previous years’ series, this year the goal has been to showcase the diversity of African music. The series will feature six concerts.

The series kicked off on Tuesday with Tuareg guitarist Bombino. Twin Cities based M.anifest from Ghana takes the stage tomorrow (Sat. June 15). M.anifest took top honors at this year’s Vodaphone Ghana Music Awards, taking home big wins in the Best Rapper of The Year and Best Song of The Year (Makaa Maka) categories.

Amadou & Mariam who made their Minnesota debut in 2012 courtesy of the Cedar will be back after a sold-out show last year left many asking for more. The blind couple met at Mali’s Institute for the Young Blind where they were both members of the orchestra.

Vieux Farka Touré, a guitarist from Mali takes the stage on July 9. He is the son of Grammy-winning musician, Ali Farka Touré.

Rounding up the series this year will be Fendika who represents the Azmari tradition of poetic song from Ethiopia.