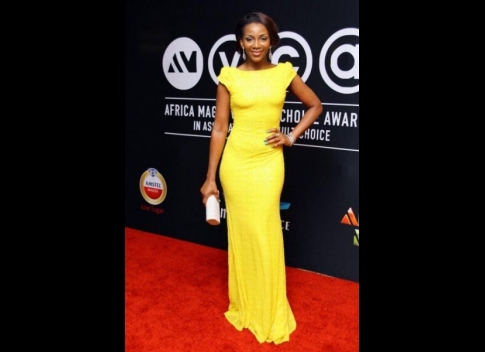 Obi Emelonye had to battle Lagos airport bureaucrats, indifferent banks and skeptical peers to release his plane-crash thriller, a movie production on a scale rarely seen in Nigeria’s film industry.

“The biggest challenge was negotiating the diplomatic nightmare, potholes, even land-mines — taking over 100 people every day and passing them through security to go air-side with technical equipment,” the writer-director-producer says in an interview in London, after flying in from the Seattle International Film Festival.

“Every day we came, it was another story and I had to throw some money on the table usually to allow us to be able to shoot.”

“Last Flight to Abuja” was the highest-grossing West African film last year, taking in $350,000, with premieres in cinemas from London to Lagos.

It cost $250,000 to make, more than six times the typical budget in an industry known for shoddy shoots, poor production and filmmakers churning out features en masse to a nation of more than 160 million people, Africa’s most populous.

Emelonye, 46, is trying to avoid being another nobody whose movies go straight to DVD. He is making better- quality movies as he tries to attract a global audience to Nollywood which, like Bollywood, is a play on Hollywood.

Nigeria’s film industry, the world’s second largest by films made, generates about $800 million a year in revenue, according to London and Lagos-based distributor iROKO Partners Ltd.

Nigeria started producing movies in the 1960s, though modern Nollywood started with Kenneth Nnebue’s 1992 drama “Living in Bondage” establishing the themes of marital discord, greed and conflicts between Christianity and traditional faiths.

The West African nation made an average of 1,093 films a year between 2005 and 2009, second only to India’s 1,178 movies, according to the UNESCO Institute for Statistics.
A typical Nollywood film has a budget of $40,000, the largest producers make 20 to 40 titles a year and an average movie sells 50,000 copies, according to iROKO Partners, which distributes DVDs in Africa and streams videos for international subscribers online using a similar model to Netflix.

This year will see the release of an adaptation of Chimamanda Ngozi Adichie’s novel “Half of a Yellow Sun,” the most expensive movie filmed in Nigeria. Set during the country’s civil war in the 1960s, it cost $9 million.

Seventy percent of the funding was raised from Nigerian investors with the rest from Britain and the British Film Institute.

Directed and written by Nigerian novelist and playwright Biyi Bandele and filmed in the city of Calabar, the film places international actors Chiwetel Ejiofor and Thandie Newton alongside Nollywood stars such as Genevieve Nnaji.

The promotional trailer was the most viewed online among those being screened at the Toronto International Film Festival this year.

“One of the reasons for going to Toronto is to sell the film to distributors,” says Yewande Sadiku, an executive producer on the film and an investment banker at Stanbic IBTC Holding Co., who helped assemble the financing.

If the movie is a success, it may spur more funding, Sadiku says in an interview at the Federal Palace Hotel overlooking the Lagos lagoon, Nigeria’s commercial capital and home of Nollywood.

“Nollywood in size is big, but Nollywood in financial terms is piddly,” she says. “This film demonstrates what is possible.”

There is an appetite for well-made Nigerian films. Yet with a few more than 10 cinemas in the country and a disorderly distribution network, it’s hard for producers to recoup costs on higher-budget films, according to filmmaker Lonzo Nzekwe.

The 38-year-old director of 2010’s “Anchor Baby,” a drama about a Nigerian couple illegally living in the US, recouped the $200,000 it cost and made a small profit.
The movie was released in Nigerian, Ghanaian, British and Canadian theaters and won 12 awards at festivals. The first Nollywood movie available on iTunes is also on Nzekwe’s own video-on-demand website.

“Nigerians are doing well in international film festivals, it’s not about making a movie and going straight to DVD,” Nzekwe says in a phone interview.

Getting bank financing is nearly impossible, according to both Emelonye and Nzekwe, who relied on the support of family and friends.

Only a few companies — such as phone companies MTN Group, Emirates Telecommunications, and lenders such as Diamond Bank — have started sponsoring films and using Nollywood stars to market products.

Nigeria’s government has realized the potential of Nollywood, which employs 200,000 people directly and another million indirectly, according to Finance Minister Ngozi Okonjo- Iweala.

Nollywood needs better distribution of quality DVDs and a clampdown on piracy, according to Adi Nduka-Agwu, head of Africa business development for iROKO.

In response iROKO, which started in 2010, has built an audience of 6 million users across 178 countries with more than 5,000 movies that can be streamed online for about $5 a month.

Patchy Internet networks in Africa lead to many people watching DVDs instead of streaming online, Nduka-Agwu says in an interview in Johannesburg.

iROKO started supplying Nollywood DVDs to 150 retail outlets in Johannesburg in June and is looking to expand further in Africa’s biggest economy. The company has had its first request from a distributor to supply to Zimbabwe, she says.

With his next three films, Emelonye is hoping that banks, investors and companies begin to realize Nollywood’s potential.

Emelonye is confident that his movies will soon generate enough box office to persuade banks to back them.

“With that you can raise your standards, get bigger stars from across the world,” he says.