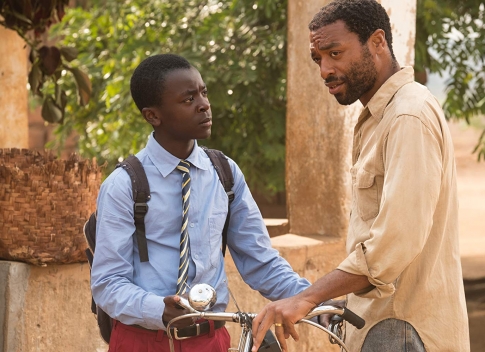 More and more Netflix subscribers are watching non-English-language fare every month, he said.

“The big message we want to communicate to talent is you don’t have to leave home to get big audiences, and you don’t have to choose Hollywood versus your own country,” Barmack told a roomful of content makers and sellers in London. “You can do both, and that, we believe, will be able to carry their audiences to their shows regardless of the language they are speaking or where the production comes from.”

Barmack was speaking at December’s Content London conference where he said his team is in the process of “looking at opportunities in Africa. It’s definitely the case that we’ll commission some series there in…2019.”

Netflix has already bought the global rights to Chiwetel Ejiofor’s film The Boy Who Harnessed The Wind, based on a book of the same name by Malawian innovator William Kamkwamba and Bryan Mealer. The film was shot in Malawi and is set to premiere in 2019.

Signs of Netflix’s ambitions in Africa were emerged in September when they purchased the Lionheart movie by Nigerian director Genevieve Nnaji.