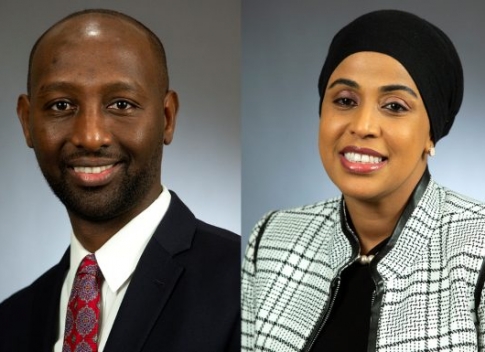 Minnesota legislators are getting ready for the 2019 legislative session referred to as the 2019-20 biennium. In the Minnesota House, the Democrats took control while the Senate, which was not on the ballot in November, remained in Republican hands by a one seat majority.

The convincing Democratic takeover of the Minnesota House also saw a net gain for Somali-Americans as they doubled their number of legislators. Outgoing Representative Ilhan Omar of 60B was the lone Somali-American in the outgoing legislature. That number has now doubled as Mohamud Noor, who won Omar’s seat, will be joined by another Somali-American, Hodan Hassan, who won District 62A.

In a nod to the power and influence of Somali-Americans, the speaker-designate appointed Mohamud Noor as the vice-chair of the Jobs and Economic Development Finance committee. Noor will also serve in three other committees which are Judiciary Finance and Civil Law, Health and Human Services Finance and the powerful Way and Means committee.

Hassan will also have the added responsibility of being the Assistant Majority Leader in the Minnesota House, a position that effectively puts her in the leadership pipeline and possibly a sign of bigger things to come. Outgoing Ilhan Omar was Assistant Minority Leader in the current legislature when her party was not in control. Hassan however is assuming the position with her party in effective control.

The Ninety-first Minnesota Legislature will convene on January 8.