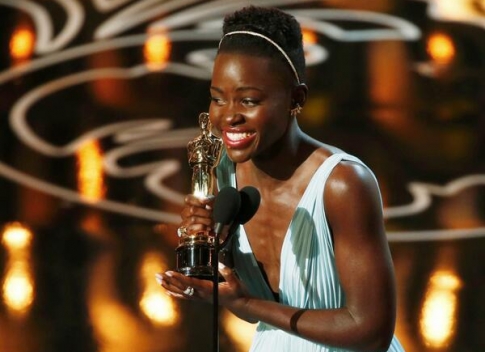 Lupita Nyong’o’s best supporting actress Oscar win marks a new chapter in the young actress’s rise since the release of ’12 Years a Slave’ which took the best picture Oscar later that night.

Along with Minneapolis’ own Barkhad Abdi of Somalia who received a best supporting actor nod and the UK’s Chiwetel Ejiofor’s nomination, a broader swath of pan-Africana was represented. This is a trend that could continue if narratives of communities of color continue to be explored within major motion pictures.

Born in Mexico to Kenyan parents, Nyong’o won the role of Patsey in the adaptation of Solomon Northup’s slave narrative detailing his abduction and sale into chattel slavery. She made it a point to salute the spirit of the very real woman whom she portrayed on screen.

Nyong’o spoke on the issues she had with her dark skin when she was honored at the Essence Black Women in Hollywood Luncheon. She described how touched she was by a fan who chose not to bleach her own skin because if the accolades Nyong’o received for the confidence she displays.