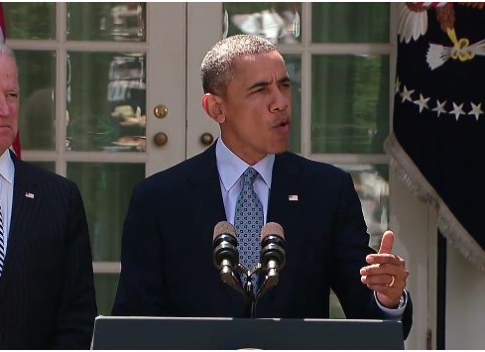 After Rep. John Boehner told President Obama last week that House Republicans would continue to block a vote on immigration reform this year, Obama today announced that he is directing Homeland Security and the Attorney General to move resources from our interior to the border; and asking them to identify additional actions this summer that he can take without Congress.

“The only thing I can’t do is stand by and do nothing while waiting for them to get their act together,” Obama said Monday.

He added that administrative actions alone will not adequately address the problem and that he is continuing to call on Congress to act.

As New America Media reported this month, immigration reform is not dead; it is now in the hands of President Obama.