Home News If foreign docs can be airlifted, why are African doctors left to... 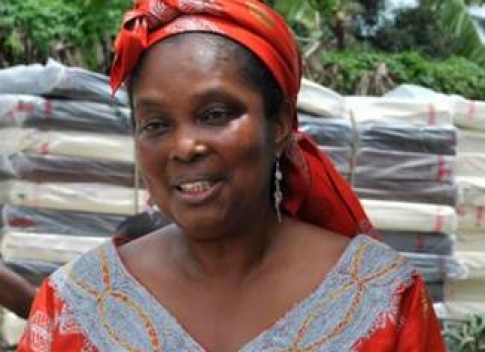 An observer to a recent U.N. emergency meeting on the Ebola outbreak counted the seemingly sincere promises of help by government after government yet a pledge to airlift stricken African doctors and health workers to restorative health facilities was nowhere in the discussion.

“Despite all of the rhetoric seemingly laced with care and concern for the victims, the fact remains that no African doctors or health workers have been evacuated as of yet to Western facilities for treatment,” wrote Karen Attiah in a piece titled ‘Leaving Ebola Fighters Behind to Die.’ “At this stage of the outbreak, (this) is indefensible.”

Attiah, a Ghanaian, listed the recent death of Sierra Leonean Dr. Olivet Buck – the fourth health worker to succumb to Ebola. She died after the World Health Organization (WHO) denied a request to transport her to Germany for treatment.

“WHO is unable to organize evacuation of this doctor to (Germany) but is exploring all options on how to ensure best care,” WHO spokesman Tarik Jasarevic said. Health workers are at particular risk and 144 have died so far in the three countries, exacerbating a shortage of medical staff.

Earlier this week, Liberia’s chief medical officer, Dr. Bernice T. Dahn, placed herself in quarantine after her assistant died from Ebola. Sierra Leone officials have criticized the WHO for its sluggishness on decisions to evacuate their country’s infected doctors, Attiah pointed out.

Assistance efforts are stoking controversy, with a noticeable privilege of care being afforded to foreign healthcare workers over Africans, observed graduate student Joeva Rock, writing for the Inter Press Service.

The Pentagon provoked its own controversy, she added, when it announced plans to deploy a 22-million-dollar, 25-bed U.S. military field hospital—reportedly for foreign health workers only.

“One hopes that the new efforts by the U.N. and its partners will help prevent Ebola from claiming more lives of African doctors and researchers,” she said. “We cannot allow “medical apartheid” to characterize the international treatment of the African medical personnel and health workers (as distinct from those from) Europe or the United States.