Home Features Free rides to the polls on election day 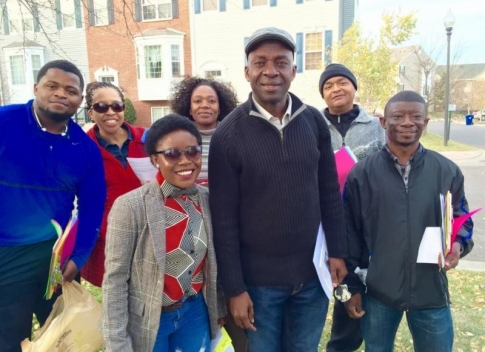 Leaders of the African community in the Northwest suburbs, working through the Minnesota African Task Force Against Ebola (MATFAE) and African Immigrant Services (AIS), agreed to increase the participation of African immigrants in this year’s election.

Abdullah Kiatamba, chairman of the Minnesota African Task Force Against Ebola (MATFAE) and executive directorof AIS said “Even while we try to close disparities in Minnesota, we are also interested in leaders who are ready to push the U.S. government to increase relief aid to affected Ebola countries, to invest in drugs to cure Ebola, and to help build collapsed healthcare systems in those affected countries.” To make that possible, the group has made it possible for those not able to get to the polls to get free rides to vote.

To increase voter participation by Africans this year, Kiatamba said the group has knocked on more than 4,000 doors, sent over 10,000 emails and 9,000 text messages. They initiated more than 8,000 robocalls and dialed over 1,000 numbers. In the process, they have secured the commitment of more than 1,500 people to vote.

Key races (featured in the latest Mshale print edition in its voter guide) of interest to Africans include that of Brooklyn Center mayor where Liberian immigrant Mike Elliott is on the ballot. The Osseo School board elections also has two Africans on the ballot vying for two of the three open spots. In Minneapolis, Siad Ali is running unopposed for school board while in Brooklyn Park, home to a large African immigrant population, the city which now has a majority minority population is poised to elect its first black mayor if Joy Marsh Stephens wins or first city council person if Reva Chamblis wins.