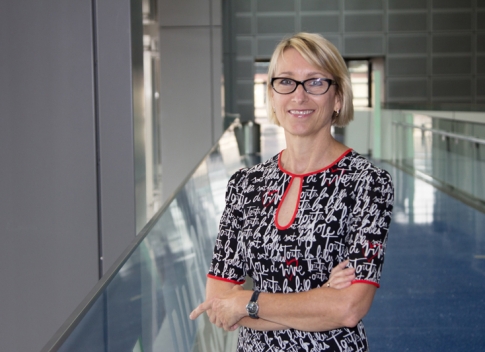 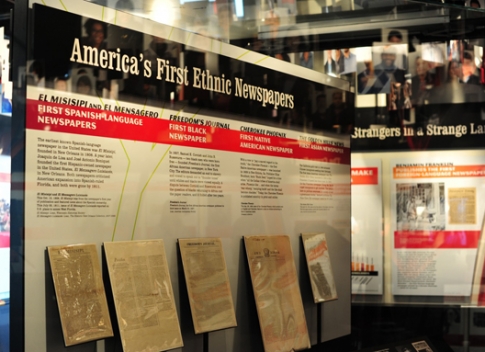 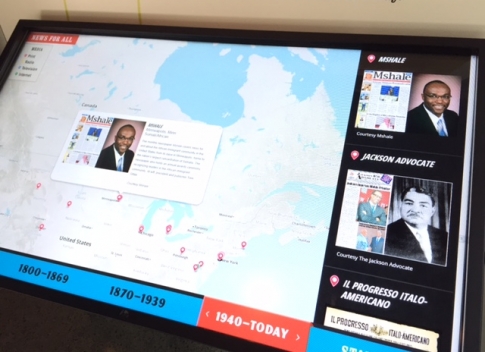 The Newseum in Washington DC, in partnership with the Smithsonian Institution, in the summer opened “One Nation With News for All”, a new exhibit that tells the dramatic story of how immigrants and minorities have used the power of the press to fight for their rights and shape the American experience.

Mshale is one of the publications featured at the exhibit alongside rarely seen historic newspapers including Freedom’s Journal, the first black newspaper, launched in 1827 to fight for equal rights and demand an end to slavery and the the Cherokee Phoenix,the first Native American newspaper, published in 1828 to champion the rights of Native Americans.

According to the Newseum, one in four Americans turns to ethnic media for news.

The Newseum’s Senior Manager for Exhibit Development, Patty Rhule, was interviewed recently by our correspondent Daood Obaid about the exhibit.

Q: Patty Rhule before we get into Mshale news publication, provide for those of us the genesis of the Newseum’s niche, in partnership with the Smithsonian Institution?

Patty Rhule: The Newseum’s CEO met with the secretary of the Smithsonian several years ago, and came up with the idea to team up for this exhibit as part of the Smithsonian’s “Our American Journey” project. “One Nation With News for All” tells the dramatic story of how immigrants and minorities used the power of the press to fight for their rights and shape the American experience, and are still doing so today.

Q: With so many publications on the market, exactly convey the selection process allowing Mshale to share its place in The Newseum, “One Nation With News for All,” new exhibit?

Patty Rhule: Ethnic media is a powerful force in the United States today. There are more  than 3,000 ethnic media outlets, offering news in languages from Amharic to Hmong to Yiddish. One in four adults turns to ethnic media for news. We wanted this exhibit to be not just a historic exploration of how ethnic newspapers helped to shape the American story; we also wanted people to know that ethnic media are an influential force today.

Our exhibit research team reached out to New America Media news service and other resources to compile a list of 100 pioneering newspapers, radio and TV stations and Internet sites that reflect the vibrancy of ethnic media today.

Mshale is an influential newspaper serving the growing African immigrant community around the country, and in Minneapolis, where it is based and where the largest population of  Somali Americans resides. We made sure to include it in our interactive map of 100 pioneering ethnic media outlets that visitors to “One Nation With News for All” can explore.

Q: Are private tours available, and if so, what do they entail?

Patty Rhule: The Newseum offers highlights tours of our museum, depending on the availability of volunteers who lead them. They are free with admission to the Newseum. In addition, visitors can schedule private tours at an additional cost.

Q: Personally, your viewpoint as to why the Newseum is such a major attraction?

Patty Rhule: The Newseum explores the great stories of our lives in vivid exhibits and original films. Located on Washington, D.C.’s historic Pennsylvania Avenue, the Newseum has seven floors, 15 theaters and 15 galleries of amazing artifacts, photos and compelling stories. We display eight sections of the Berlin Wall to tell the story of how the free flow of information led to that wall going up after World War II, and also led to the fall  of the wall in 1989. We also display all of the Pulitzer Prizewinning photos since the awards for photos were first given out in 1942.

Our News Corp. News History Gallery explores 500 years of news history, with artifacts such as the door that led police to the Watergate break-in that ultimately cost President Richard Nixon his presidency, as well as more than 350 historic newspapers from the Newseum’s collection of more than 30,000 print objects.

We have regular changing exhibits, including “One Nation With News for All,” and our FBI  exhibit, which focuses on the sometimes contentious relationship between the FBI and the press and displays the Unabomber’s cabin and engines from the planes that were struck down by the terrorist attacks of 9/11.

We have an interactive gallery where visitors can try their hand at being a TV news anchor, or they can pretend to be a news photographer.

We also have a 4-D film, where visitors experience key moments in journalism, including live news coverage of the bombing of London, by putting on special glasses and going for a ride through history.

There is something for everyone at the Newseum.

Q: And your role as Senior Manager of the Exhibit Development?

Patty Rhule: I oversee a team of writers and editors who produce the changing exhibits and update permanent content in the Newseum.

Q: Is the Mshale publication a permanent feature of the interactive kiosk of 100 pioneering ethnic media outlets in the Newseum?

Patty Rhule: Yes, Mshale is a permanent part of the interactive. Also, One Nation With News for All is open through Jan. 4, 2015.