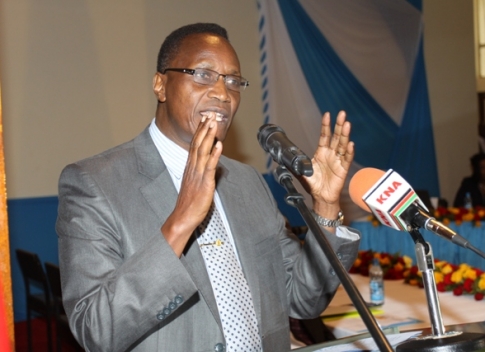 The selection process for who enters Kenya’s coveted national high schools has left one Kenyan-American grandfather, Stephen Ombaso, in Minnesota angry and has alleged corruption riddles the process.

His grandson, Brian Ombaso, was one of 889,000 who sat for the Kenya Certificate of Primary Education (KCPE) whose results were announced after Christmas by Education Cabinet Secretary Jacob Kaimenyi. He attended Eronge Primary School in Nyamira County.

Top performing students from each of the 47 counties get admission to the elite national schools. His grandson Brian scored 413 out of a possible score of 500 easily putting him on the list of the top performing students in the country. Education CS Jacob Kaimenyi when releasing the results said only 5,584 of the 889,000 students sitting the exams scored between 401 marks and 450 marks. 78% of the 889,000 students scored between 301 and 305 marks. Ombaso said his grandson instead of being admitted to one of the elite schools he chose such as Nairobi school, Kapsabet Boys or Mangu, is instead being told he has to go to the equivalent of a “village polytechnic”.

The elder Ombaso says he has not been able to sleep as his stress level has gone up “I appeal to the Ministry (of education) to bring fairness to the process,” he said as the top students have worked hard and are deserving of the opportunity to go the national schools.