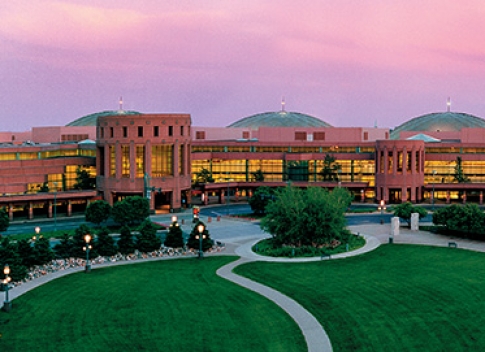 Mshale, organizer of the African Awards announced today that they have reached agreement with  the Minneapolis Convention Center to hold this year’s Awards gala at the venerated space on Saturday,  October 10.

This will be the fifth anniversary of the highly esteemed Awards which has seen attendance grow from  the original 150 when CNN personality of American Morning, Lola Ogunnaike, keynoted, to the 400 that attended the third edition three years ago when former White House Social Secretary, Desiree Rogers was the keynote. The fourth edition was held in conjunction with Books for Africa’s 25th anniversary gala. Mshale founder, Tom Gitaa, a former Books for Africa board president said at the time holding the African Awards in conjunction with Books for Africa’s gala was in deference to the revered organization. He was also the 25th anniversary BFA planning committee co-chair with Doris Pagelkopf, a retired United Way executive. Popular Ghanaian actor and winner of the 2012 African
Academy Movie Awards Best Actor, Majid Michel, keynoted the last African Awards.

The African Awards are designed to honor excellence and community service in the US African immigrant community. The public nominates honorees, who then are narrowed down to three per category in the seven eligible categories by a panel of judges. The public then votes for the eventual winner of each category.

“We have moved to a larger venue since we have sold out so far in previous years and this year being a milestone with five editions of the Awards, we expect heightened interest from the community especially once we reveal this year’s keynote speaker,” said Gitaa. “It will be hosted at the Minneapolis Convention Center to create a celebratory but equally formal atmosphere.”

Dahil Republic of Couture, which returns to  New York Fashion Week this year, will be the main feature of the fashion show at the 5th edition of the African Awards. The full entertainment lineup is still being finalized.

The all important Judges’ Panel for the African Awards is also complete. South African-born, Leon Rodrigues, Chief Diversity Officer for the Minnesota State Colleges and Universities (MNSCU) System, has joined the panel. He takes the place of Joash Omandhi, whose increased transatlantic business travel will impede his ability to fully participate.

Rodrigues will join the other two judges to complete the panel. The other two are Ghana-born Godson Sowah, a CPA and manager in the Advisory practice at Ernst & Young, LLP. Sowah is also president of the National Association of Black Accountants, Minnesota Chapter. Fatima Mohamed, is the co-founder of Egart Foundation and a board member of the Minnesota Somali Chamber of Commerce.

“We are very lucky to have this calibre of judges during this important fifth anniversary milestone and welcome Leon to the African Awards community,” said Gitaa.

Nominations are expected to begin next month.