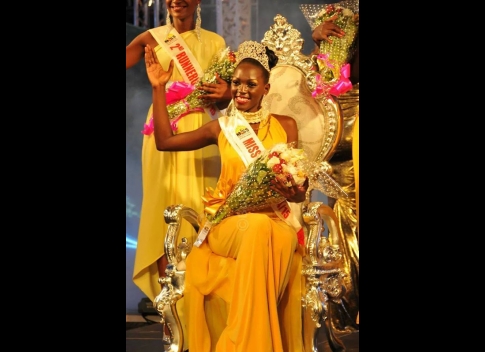 The reigning Miss Uganda, Leah Kalanguka, is among Ugandan celebrities jetting in from Uganda to grace the the Source of the Nile 5K run happening next week on Saturday, May 23 at Mount Lake Normandale Park in Bloomington, Minnesota.

The 5K run is organized in benefit the Jinja Hospital Cancer Unit Uganda. The run is being held on the sidelines of the Twegaite International Annual Conference which starts on May 21. the conference focuses on topics of interest to the Busoga region of Uganda.

Ugandans in the US launched a fundraising effort early this year to put up a cancer radiotherapy machine at the hospital which is the second largest in the country according to the country’s Ministry of Health.

Head of the hospital’s cancer Institute Dr. Fred Okuku was quoted in press reports at the fundraising launch by the Uganda diaspora as saying “Having a cancer unit in Busoga will relieve us a big burden and simplify a lot of things.” Cancer has been on the rise in the country, between 300 to 400 women are diagnosed with breast cancer at the institute annually.

Conrad Nviri, Organizing Secretary of Twegaite Minnesota, urged Minnesotans to register for the run to help the people of Uganda tackle the rising incidences of cancer. “It is going to be a great run and hope they come.”

Registration for Source of the Nile 5K Run are taking place at sourceofthenile5kmn.zapevent.com.