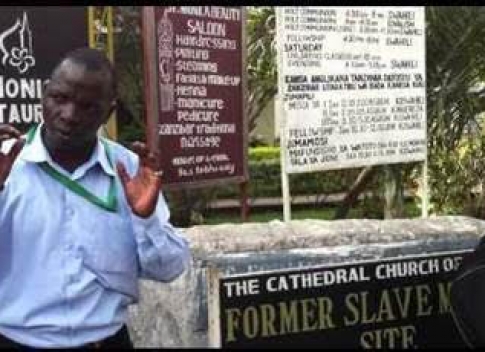 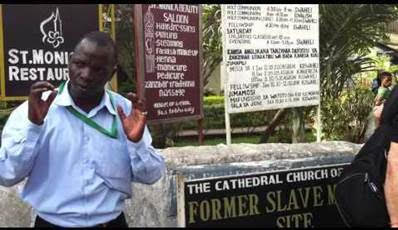 The Anglican Diocese of Zanzibar is moving forward with plans to complete the repair and preservation of  the century-old Christ Church Cathedral and create a heritage center to display the history of slavery in Zanzibar and current human trafficking realities in East Africa and worldwide.

The church embarked on the project in October 2013 in partnership with World Monuments Fund Britain. They also used the crowd-funding site “gofundme.” This month, they announced that efforts to raise its portion of grant funding had been successful.

Christ Church Cathedral was built in Stone Town over the biggest slave market of Zanzibar. The altar is where the main “whipping post” of the market used to be. The museum will be located in the square, already occupied by a monument to the slaves.

The heritage center will retell the story of the East African slave trade in English and Kiswahili and bring history into the present, including the fact that there are now more slaves on the planet than at any previous time in history, with trafficking of women figuring as the world’s second largest industry, and that Zanzibar once again is serving as a trafficking point, especially of children.

“Telling the story of this dark chapter in the region’s history in an open and factual way will help bridge social and ethnic divides and promote tolerance, reconciliation and an inclusive society,” the group wrote on its fundraising page.

Both Britain and the U.S. established diplomatic relations with Zanzibar in the 19th century, supposedly to oversee the enforcement of anti-slavery laws. But slaving restrictions were largely ignored and the trade continued to kill and imprison countess Africans.

Anglicans say they hope to raise public awareness of human trafficking today both in East Africa and across the globe, and concrete actions are suggested that visitors can take to join in combating the crime.

The center also aims to promote interfaith and inter-communal dialogue and understanding.