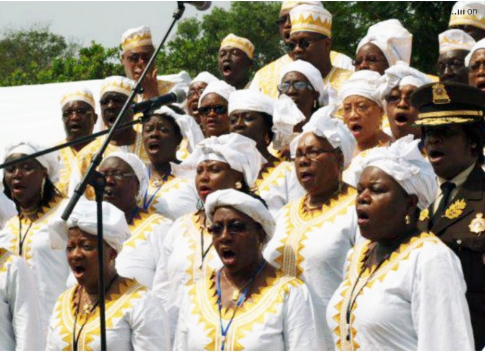 The University of Liberia Alumni Chorus which consists of alumni from the school will deliver their renowned repertoire to Twin Cities residents during a Saturday, September 26 concert at Discover Church in the City of Brooklyn Park, home to a large Liberian population.

This will be the 6th annual concert series by the group. Proceeds will go towards scholarships for students at the university. In an interview with Mshale, Wayne Doe, a member of the Chorus said this year, some of the proceeds in addition to scholarship money will go towards the construction of a performing arts center at the more than a century old institution. “We are still working with the university to break ground on this important initiative,” he said.

The roster of the Alumni Chorus consists of alumni who sang under the direction of Mrs. Agnes Nebo von Ballmoos in the 1960s through 80s when the country’s 15-year civil war which the university became a victim of “completely destroying it.”

The performing arts center is in honor of Mrs. Ballmoos, who until her death in 2000 was the University of Liberia’s only ethno-musicologist and Associate Professor of Music.

“We would really appreciate the community’s support in getting this going,’ Doe said. He attended the university in 1979 but went on to graduate in Russia.

Established in 1862, the University of Liberia is West Africa’s oldest degree granting institution. It has an enrolled student body of close to 18,000 making it that country’s largest institution of higher learning.

Ambassador Jeremiah Sulunteh, Liberia’s ambassador to the United States, was advertised as the guest of honor alongside Brooklyn Park Mayor Jeffrey Lunde and Dr. Emmet Dennis, the university’s president. The embassy has since informed Doe and his team that Mr. Jackson George, the newly appointed Consul General for Minnesota will represent the ambassador instead.

The Grand Chief Patron for the benefit concert is Sawie Nebo, a Liberian entrepreneur.

Tickets start at $30 and up to $100. You can purchase tickets at the door or for advance tickets, call the numbers below.