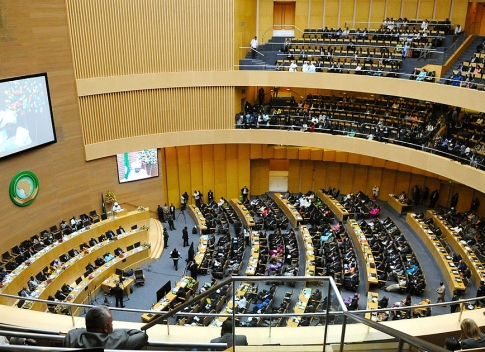 The present composition of the United Nations is a thorn in the side of some African leaders who question why none of the five permanent members to the Security Council is a black African.

The Security Council is a powerful decision-making body within the house of nations. It is charged with maintaining global peace, admitting members to the UN and approving changes to the agency’s charter.

It has 15 members, but only five are permanent and hold veto powers. They are Russia, China, France, the UK and the USA.

Despite being the recipient of most declarations on peace and security, Africa can have only non-permanent members who do not influence major decisions.

At its 26th ordinary session in Addis Ababa this week, the African Union is expected to take up the call for reform of the most powerful arm of the U.N.

A Committee of 10, including Kenya, Algeria, Libya, Senegal, Sierra Leone, Namibia, Zambia, Uganda, Equatorial Guinea and Congo is resolved to put the issue as first item on the AU agenda.

Kenya, alongside Equatorial Guinea were the main lobbyists for the “Africa Common Position” in 2005 which said in part: “Africa’s  goal  is  to  be  fully  represented  in  all  the  decision-making organs  of  the  UN,  particularly  in  the  Security  Council.

“Full representation of Africa in the Security Council means:  not less than two permanent seats with all the prerogatives and privileges of permanent membership including the right of veto, and five non-permanent seats.”

As for women’s rights, also on AU’s agenda, two issues are making headlines.

“I’ve faced so many challenges,” said, Ruvimbo Tsopodzi , one of the applicants in a press interview. “My husband beat me. I wanted to stay in school but he refused. It was very, very terrible,” said the mother of one, who was married at 15.

Lawyer for the two women, Tendai Biti, called the ruling “historic and revolutionary.” “It’s a great day for women,” she said. However, celebrations would not last long as long as there were no penalties for those who ignore the court’s ruling.

Also in the news, South African Mayor Dudu Mazibuko is facing questions over her decision to award 16 scholarships for young women who are virgins and remain so while at college. Winners of the “Maiden’s Bursary (scholarship) Awards must take regular virginity tests in order to keep their funding.

The government-backed Commission for Gender Equality criticized the mayor’s initiative, saying her intentions were great but “we don’t support giving scholarships for virginity. There is an issue around discrimination on the basis of pregnancy, virginity and even against boys,” said Mfanozelwe Shozi. “This is going too far.”