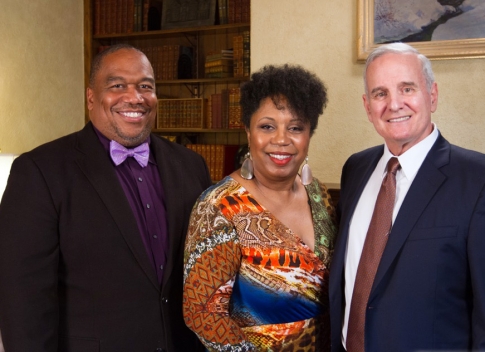 The Twin Cities, home to the largest per capita number of Fortune 500 companies in the  nation, is gearing up to host one of the largest  state sponsored career fairs targeting people of color on Tuesday, October 18.

The event, planned from 9 a.m. to 5 p.m. at the Minneapolis Convention Center has the backing of none other than the state’s governor, Mark Dayton. The fair is partly a response to his agenda to address the racial disparities that the state is facing that pose a threat to its future workforce needs.

The people of Color career fair will provide an opportunity for the region’s employers to connect with professionals of color, according to its founder Sharon Smith-Akinsanya.

The high performing state is facing a number of challenges to its future prosperity. According to data published by the Minnesota Department of Employment and Economic Development (DEED), in June 2016 African American and Hispanic communities had a 14.4 percent unemployment rate compared to 2.9 percent among whites. To add urgency to the conundrum the state finds itself in, data from a recent Wilder Research study found that a higher education does not equate to a better job for minority employees: college educated blacks in Minnesota currently have a 9 percent unemployment rate as opposed to a 3 percent unemployment rate among their white counterparts.

From 2010 to 2014, US census data shows that Minnesota lost 35,000 white residents of working age. During that same time, the number of working-age people of color increased by 72,000. There is therefore an urgency the state is facing to address its future workforce needs.

“This event empowers companies to proactively create the change that closes the economic gap and ends the structural racism that can ultimately harm the economic stability of our state. The People of Color Career Fair provides the space and opportunity for those companies ready and wanting to solve the problem to meet with and talk to qualified candidates of color who are looking for an amazing company to work for. It’s bold. It’s radical. It’s necessary,” Smith-Akinsanya told Mshale.

According to Smith-Akinsanya, candidates that will benefit range from college interns and recent college graduates to experienced professionals with advanced degrees.

She encourages those planning to attend to register in advance at www.peopleofcolorcareerfair.com to upload their resume and receive some benefits that those who just show up won’t – a free professional headshot and a free bus or train pass.

“State government is among Minnesota’s largest employers,” said Gov. Mark Dayton in a release supporting the Fair. “As our state becomes increasingly diverse, we are committed to building a talented workforce that is representative of Minnesota. I encourage all interested people of color to consider state employment and attending this job fair.”

In a wide ranging Mshale interview, Smith-Akinsanya said there is still room for employers that want to participate as the governor has urged. Details for employers are also on the same website.

Besides the career opportunities the fair will provide, there will be four breakout sessions dubbed 30 Minutes of Power:

“Come dressed and ready to interview with 10-15 resumes in hand, hiring managers will be there” Smith-Akinsanya said.