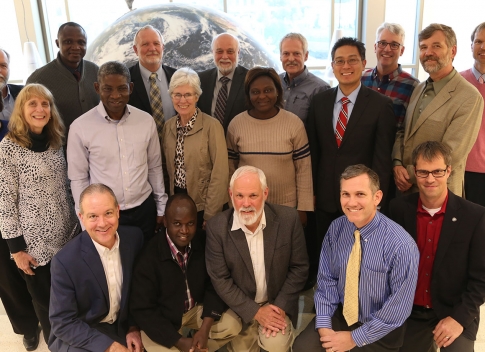 An inaugural meeting of the newly established Christian Academy of African Physicians (CAAP) was held in Louisville, Kentucky on November 9-11. The group will develop medical and spiritual curricula and to create partnerships that support the creation of new Christian primary care training programs for the continent of Africa.

Loma Linda University, a Seventh-day Adventist health sciences institution in California announced that it has joined CAAP during its inaugural meeting and that the university will be partnering with CAAP to train physicians in Africa. Mshale had not determined at the time of posting this report on the role of Mayo Clinic and the University of Minnesota plan to play in Africa through CAAP.

CAAP’s commission members are composed of representatives from:

According to the official newsmagazine of the Seventh-day Adventist Church, Adventist Review, CAAP plans to begin these programs by the end of 2019 and will support different training programs to include an 18-month diploma in general practice, full primary care residency training, and a Master’s in Public Health through Loma Linda University.

The CAAP partnerships will be similar to the Pan African Academy of Christian Surgeons (PAACS), which supports five-year surgical residencies at nine Christian hospitals across Africa, including Malamulo Hospital in Malawi, a Loma Linda University Health Global Campus site. Loma Linda University has provided academic backing for PAACS — an interdenominational collaboration — for more than a dozen years.

CAAP plans to begin these programs by the end of 2019 and will support different training programs to include an 18-month diploma in general practice, full primary care residency training, and a Master’s in Public Health through Loma Linda University.

According to the Pew Research Center, Seventh-day Adventists make up about 0.5% of the U.S. adult population as of 2015 but are among the most racially and ethnically diverse American religious groups: 37% are white, while 32% are black, 15% are Hispanic, 8% are Asian and another 8% are another race or mixed race.

The Adventist Church growth has been most marked outside the United States in places such as Africa and South America. The church boasts 19 million Adventists worldwide.