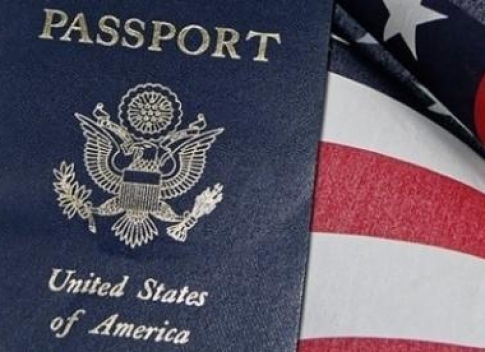 The State Department started revoking passports of convicted child sex offenders last month and having them reapply so that new identifiers can be marked on their passports.

The law prohibits the Department of State from issuing a passport to a covered sex offender without a unique identifier, and it allows for the revocation of passports previously issued to these individuals that do not contain the identifier

Operation Angel Watch was initially created in 2007 and is managed by the Child Exploitation Investigations Unit of the ICE Cyber Crimes Center. It is a joint effort with U.S. Customs and Border Protection (CBP) and the U.S. Marshals Service.

In an earlier press release before the law took effect, Immigration and Customs Enforcement (ICE) said Operation Angel Watch targets individuals who have been previously convicted of sexual crimes against a child and who may pose a potential new threat: traveling overseas for the purpose of sexually abusing or exploiting minors, a crime known as “child sex tourism.”

Through Operation Angel Watch, HSI uses publicly available sex offender registry information and passenger travel data to strategically alert foreign law enforcement partners through its HSI attaché offices of a convicted child predator’s intent to travel to their country. In Fiscal Year 2015, HSI made over 2,100 notifications to more than 90 countries.

Only the DHS/ICE Angel Watch Center (AWC) can certify an individual as a “covered sex offender.” Therefore, any questions by the applicant about such status must be directed to and resolved by AWC, the ICE release said.

Applicants who have questions for AWC regarding their status or believe they have been wrongly identified as a covered sex offender as defined in Title 22 United States Code 212b(c)(1) should contact AWC at DHSintermeganslaw@ice.dhs.gov.