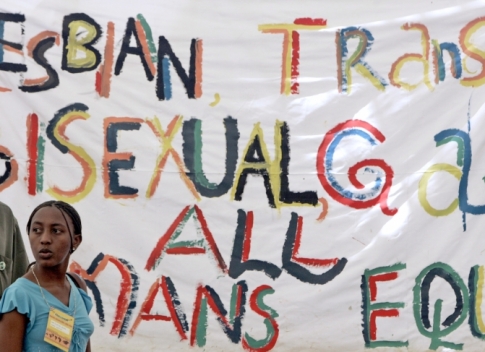 Kenya’s High Court will hear a case on Thursday seeking to strike down sections of the country’s laws that criminalize same sex relations, the Kenyan National Gay and Lesbian Rights Commission (NGLHRC) said on Tuesday. The case was filed in 2016.

NGLHRC said it would argue that sections of the Kenyan Penal Code are in breach of the constitution and deny basic rights to the country’s citizens. The country’s new constitution was enacted in 2010 following a referendum approved by over 70 per cent of the voters. Its passage earned the country worldwide praise for setting up a system of checks and balances and scaling back the vast presidential powers that the old constitution provided. Then US president Obama said, “The overwhelming approval of the proposed new constitution reflects the desire of the Kenyan people to put their country on a path toward improved governance, greater stability and increased prosperity.”

NGLHRC, founded by a group of Kenyan lawyers to protect the rights of the LGBT community, says it has recorded over 1,000 incidents of violations against LGBT people since 2014 — ranging from murder to mob violence, rape, blackmail and extortion.

The group’s executive director, Eric Gitari, says sections of the laws his organization is challenging in court this week do not conform to the ideals of the 2010 constitution and are used to  discriminate and justify violence against LGBT people.

“We have a constitution that carries the will of the Kenyan people and that says no one should be discriminated against, yet these laws do just that,” Gitari said.

The laws in question, which were established in 1897, are a relic of the country’s colonial legacy. They refer for instance to “carnal knowledge against the order of nature” and “gross indecency.”

Renowned Kenyan lawyer, Paul Muite, will argue the case on behalf NGLHRC at the Milimani Law Courts in Nairobi. The Attorney General’s office, whose head resigned for an unspecified reason last week, will appear for the government. The much-anticipated case has wide implications beyond Kenya given its leadership role in the region and the continent.