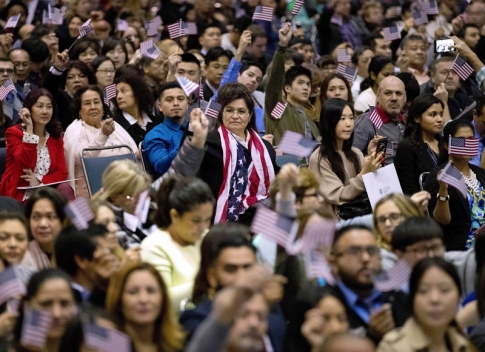 U.S. Citizenship and Immigration Services (USCIS) on Thursday officially changed its mission statement by striking out the words “nation of immigrants” from it. The mission statement until this week read “USCIS secures America’s promise as a nation of immigrants by providing accurate and useful information to our customers, granting immigration and citizenship benefits, promoting an awareness and understanding of citizenship, and ensuring the integrity of our immigration system.”

The news was first reported by The Intercept which obtained an email that USCIS Director L. Francis Cissna sent to staff in which he said of the changes “I believe this simple, straightforward statement clearly defines the agency’s role in our country’s lawful immigration system and the commitment we have to the American people.”