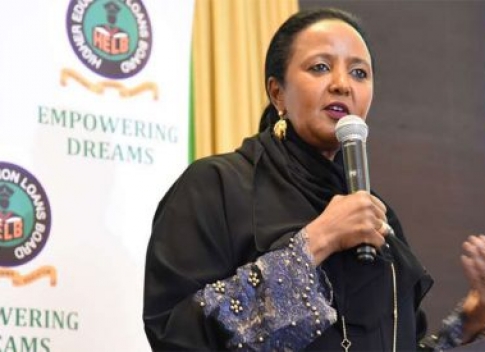 Did you attend a Kenyan university and still owe the Higher Education Loans Board (HELB) money on your student loan? if you do, then you are among the 78,000 Kenyans, some in the diaspora, that owe HELB a whopping Kenya shillings 8.1 billion (US$81 million) collectively.

Education minister, Amina Mohamed, announced this month a waiver on all penalties for those who clear their loans by June 30.

HELB is under mounting pressure to collect from defaulters as the Treasury cut its budget by almost 6% this year after a drop in university enrolment due to fewer high school students qualifying. Government figures show a drop of 43,614 fewer students being admitted as many did not make the required C+ to gain admission to a public university. University enrolment currently stands at 520,893, down from 564,507 a year ago.

The education minister, while announcing the penalty reprieve, also said efforts were underway to ensure those in the diaspora that benefitted from the loan scheme pay up.

Paul Morande, a telecom engineer in Minneapolis, is an alumnus of the University of Nairobi and a recipient of the loan scheme. He told Mshale via phone that he just recently paid off his loan when minister Mohamed made the reprieve announcement.

“The savings are substantial, as I saved Kenya shillings 300,000 (US$3,000) by paying off the loan this month,” Morande said. He encouraged others to pay so that HELB can avail loans to more students. Morande, the executive director of the Minnesota Kenyan International Development (MKIDA), a non-profit that supports education efforts in Kenya said it feels good to have paid off the loan.

“I call upon HELB to fast-track the conclusion of these discussions and sign the appropriate Memorandum of Understanding to enhance loan repayments by the Diaspora,” said Mohamed.

More details on HELB can be found on their website.