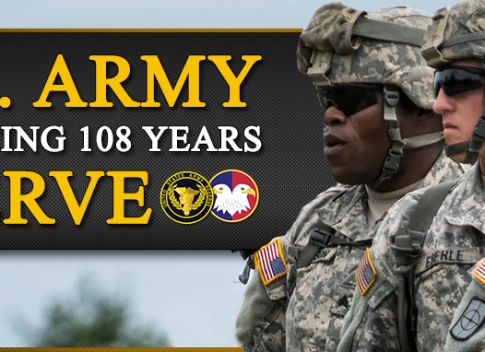 US Immigrants who were promised citizenship by the US military are being discharged without explanation, according to an AP report. Those being discharged enrolled as part of the Military Accessions Vital to the National Interest program (MAVNI) started during the George W. Bush administration as the Iraqi war peaked and the military was in need of immigrants with special skills like fluency in foreign languages. It offered expedited naturalization for those with the special skills.

President Obama expanded MAVNI eligibility to DACA recipients which immediately drew fire from conservatives. 5,000 immigrants were recruited into the program in 2016 as Obama prepared to leave office and there is more than 10,000 immigrants currently serving in the US armed forces, many joining through the MAVNI program.

The AP report said it was aware of as many as 40 enlistees being discharged recently but observers believe there could be more.

Following the discharge, some of the discharged recruits have filed lawsuits challenging the military’s action. As a result, the military is not commenting on the matter citing the pending litigation, but the Defense Department said the following in a statement: “All service members (i.e. contracted recruits, active duty, Guard and Reserve) and those with an honorable discharge are protected from deportation.”

The Defense Department’s statement did not however comment on what is described by lawyers representing the litigants as an “uncharacterized discharge”, which is neither dishonorable nor honorable. Those who serve in the military can obtain citizenship only if they receive an honorable discharge.

The unusual discharges by the military come in the wake of president Trump’s “zero tolerance” policy where those caught entering the US illegally face prosecution, a policy whose on the ground implementation at the border with Mexico has sparked a national outcry as toddlers were being separated from their mothers trying to enter the US.

The discharges have drawn widespread criticism including from former Republican presidential candidate, Governor John Kasich of Ohio who called the Trump administration’s actions “yet another low.”

“America has the most powerful military in the world and since our nation’s founding we have welcomed immigrants into its ranks,” Kasich wrote in a statement published online on Thursday.

“In exchange for putting their lives on the line for our freedom, immigrants—legal immigrants that we have welcomed into our country have long been able to earn their citizenship. In the process, we have boosted our military’s ranks and defended our values,” he continued.

“Breaking faith with these members of our Armed Forces as this White House has decided to is yet another low,” Kasich said, adding: “This decision must be reversed now, for the sake of our military, to show that America keeps its word and to uphold the very values we claim to stand for.”