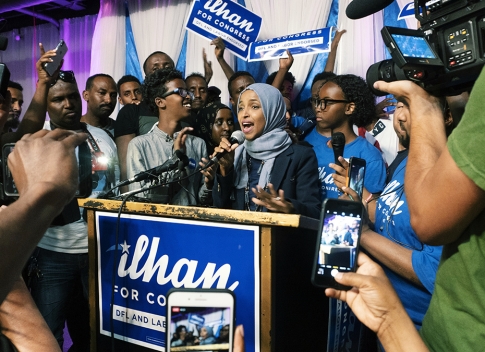 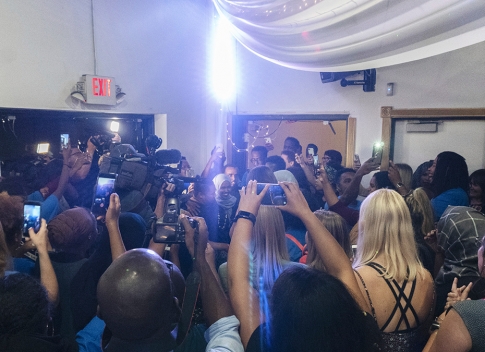 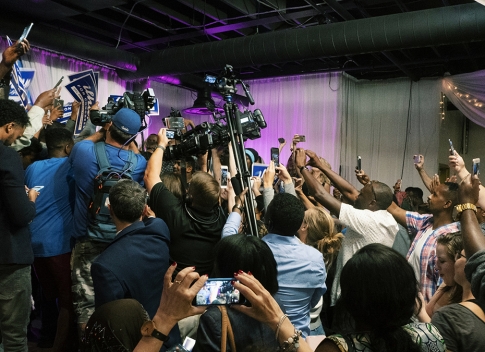 “We are going to Washington,” State Rep. Ilhan Omar shouted at Safari Restaurant as she joined supporters to celebrate her victory in the Democratic primary on Tuesday making her a favorite join the US Congress come January after the November election. A dearth of Republicans in the Fifth Congressional District makes it a near certainty she will be among members of the freshman class of the 116th Congress. She also most likely becomes the first person born in Africa to join the US Congress.

A strong challenge that was widely expected against her from former speaker of the Minnesota House of Representatives Margaret Anderson Kelliher, the only candidate out of the five to run TV ads, did not materialize as Omar punched her ticket to the November ballot with a convincing 48% of the vote (65,238 votes) against Kelliher’s 30% (41156 votes). The editorial board of the state’s largest newspaper, Star Tribune, opted to endorse Kelliher over Omar who had been endorsed by her party.

All of the City of Minneapolis is in the Firth District as is Edina, Brooklyn Center, St. Louis Park, Fridley, Columbia Heights, Richfield and others. Minneapolis mayor Jacob Frey announced early that he would be supporting Omar as did Minnesota Governor Mark Dayton.

Omar became the first Somali-American legislator in the US when she won a seat in the Minnesota House in 2016 and her star has risen ever since. She recalled the history making moment of 2016 and said she was excited that once again voters were choosing to make history.

The man she will be replacing, Keith Ellison, was the first Muslim to be elected to the US Congress and now Omar along with Rashida Tlaib of Michigan, will become the first Muslim women to be elected to Congress. Tlaib won the Democratic primary in the 13th Congressional District of Michigan, and will be running unopposed in November. Ellison on Tuesday won the Democratic primary for Minnesota Attorney General.

An emotional Omar teared up as she paid tribute to her grandfather who died five years ago. “He would have enjoyed seeing his daughter partake in the democracy he loved so much,” Omar said. She has talked often in the past how, as new refugees to the United States, her grandfather would take her to caucus meetings and have her translate for him. Her father and husband had to make their way to the crowded stage to comfort her.

“Together we can organize around the politics of hope and make sure that not only do we have the America we believe in but the America we deserve,” she said to deafening cheers.

In November, Omar will face off against Republican Jennifer Zielinski who also won her party’s primary on Tuesday.

In two other races that Mshale has been tracking, Mohamud Noor won the Democratic primary for Minnesota House 60B with almost 40% of the vote (2,909 votes) in the overwhelmingly Democratic district. 60B is the seat Ilhan Omar vacated to run for Congress and is where she beat Noor in 2016 to join the House. On the Republican side, where a paltry 283 votes were cast, Somali-American candidate Fadumo Taani got 93 votes to the winner Joseph Patino’s 190 votes.

In 62A, which is in South Minneapolis, Hodan Hassan, staved off a stiff challenge from four other candidates to punch her ticket to the November ballot. In 62A, three of the five candidates vying for the Democratic nomination were Somali-Americans.

In both 60B and 62A, Noor and Hassan will be facing token opposition from Republicans and are thus virtually guaranteed to be elected to the Minnesota House of Representatives.