Home Entertainment No magic at Yemi Alade concert in Minneapolis 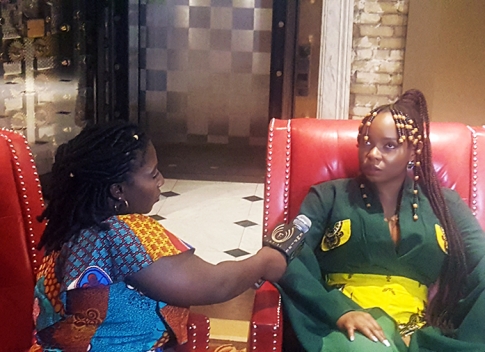 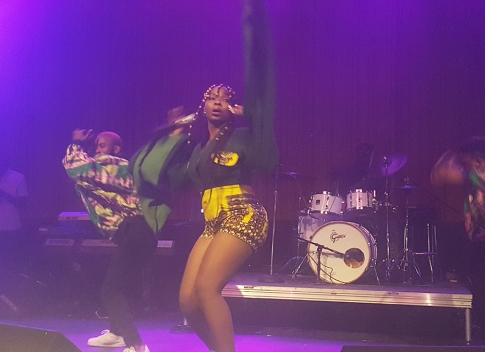 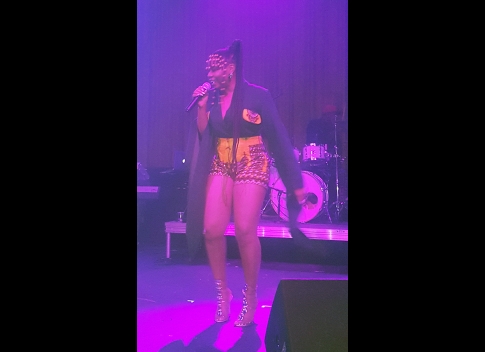 The much-anticipated concert by Nigerian pop sensation, Yemi Alade, left a bitter taste in the mouths of her fans in Minnesota, including many who had traveled hours from surrounding states to see her at the Skyway. This was her first time to perform in the state courtesy of the Umunne Cultural Association in Minnesota, as part of their 25th anniversary celebration of IgboFest. Her concert last night was for the after party following the afternoon long outdoor festival in Brooklyn Park (you can view our Facebook livestream at this link, Part 2 here and Part 3 here).

Alade (full name Yemi Eberechi Alade) is on tour promoting her Black Magic album and typically performs a 70 to 90 minute set. Last night in Minneapolis, she performed for about 13 minutes before the sound was abruptly shut off and fans told to leave.

Doors opened at nine pm. Regulars to African concerts are accustomed to artists starting late, and so by 11pm when there was no sign of Yemi, not many were concerned. DJ Dash did his best to keep the crowd entertained with Afropop.

Most delayed African concerts start by midnight at the latest. Instead, a collection of local artists started taking the stage to entertain the now restless crowd who had started chanting “Yemi! Yemi!” in hopes of luring her onto the stage. Among those, taking the stage was Carolyne Naomi who quieted the crowd with some soulful ballads and Lady T, the evening’s hard working MC who kept saying “any minute now we should have Yemi here.”

More Afropop from DJ Dash and the crowd swayed to the irresistible beat that genre of music has as the local artists dried up. By 1:15am, the crowd was understandably getting angry and they were not hiding it, but kept it civil. “Bring her out here”, some shouted. By 1:30am, some fans had resigned themselves that she was going to be a no-show and started hurling expletives in low tones.

“She is definitely here”, Lady T the MC proclaimed at precisely 1:42am. DJ Dash pumped out some more Afroppop as they apparently waited on Yemi to come on stage, prompting one burly gentleman to shout at the DJ “shut that m***g sh**t down, we are here for Yemi.”

1:50am and two male dancers jump out of the left side of the stage and start dancing. The now agitated crowd, thinking this are more local artists to occupy their time, start howling in protest unaware that the two were part of Yemi’s crew. Two minutes later Yemi enters the stage and opens with her hit Tumbum, which is part of her sophomore album Mama Africa. Tumbum has to date had about 20 million views on YouTube.

The crowd roars their approval with a deafening welcome of screams, shouts, and seem to be forgiving as the self-proclaimed Queen of Afropop belts out the Tumbum lyrics, which speak of a Nigerian chef that serves tasty jollof and fufu.

The singer had just finished her second song, and it was now around 2:02am and the microphone suddenly went quiet as she was trying to chat with the fans. Mshale later learnt this ere the venue’s sound engineers signaling it is time to close (State law requires bars and clubs to close at 2:00am). There was a lull of about 5 minutes, which many thought was a technical hitch that should be sorted out soon enough.

It would have been an unforgivable sin if Yemi did not serve up her popular Johnny hit and sure enough, she launched into it with gusto after the ‘technical hitch’. The choreography was on point as Yemi, backed by two male dancers, a drummer and guitarist worked the crowd. She concluded the song at around 2:10am and by now the venue’s management was getting anxious and they signaled Johnny was the last song. So three songs in, starting at 1:52am and a five-minute ‘technical hitch’ break, at 2:10am the Yemi Alade Black Magic concert was done. You can watch part of her 13-minute show in Minneapolis at this link.

The crowd was not thrilled and they loudly uttered their disapproval with some calling for refunds. Charges were $50 for general admission. They however complied and slowly filed out.

When Mshale caught up with the chair of IgboFest 2018, Mazi Onyeka Tony Osakwe, outside the venue, he took responsibility on behalf of his committee for the fiasco in downtown Minneapolis.

“There is blame on us and the promoter,” said a crestfallen Mr. Osakwe. He attributed the delay in Yemi Alade starting the concert to the balance of her performance fee not being paid on time. “The person with the money went home after we finished at the festival as he did not know the money was needed. By the time we connected with him it was well past one.”

Asked why the promoter who brought Alade was also to blame, Osakwe did not elaborate. The Alade concert outcome seemed to be a cruel way to end an otherwise successful 25th anniversary celebration of IgboFest earlier in the day where hundreds converged in Brooklyn Park to celebrate Igbo culture and traditions (Read separate story on IgboFest here). This was Umunne’s first attempt to bring a big name artist for IgboFest and it backfired.

“I brought them the artist, think now Tom how am I to blame? I bring big artists here all the time and there is never a problem with payment,” Larry B of LB Entertainment answered, incredulous that anyone would blame him.

That was little comfort to the few hundred fans that packed the Skyway. “I had so much trouble finding a babysitter today and these stupid people do this to me,” one lady was heard telling her friends.

“I drove all the way from Fargo, four hours, and now this! I cannot believe it. What’s wrong with our people?” another one, who would only identify herself as Jane, said. Her sentiment summarized the mood of most of the crowd after the anticlimactic concert by one of Africa’s most beloved artists.