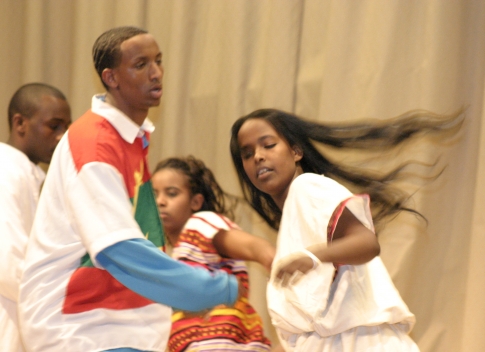 As college students head back to school, campus administrators are anxiously making their final count of international students enrolled for the fall semester.

Visa numbers and college officials suggest that fewer international students have enrolled at U.S. colleges and universities over the past few years. And with the pool of college-age students shrinking due to demographic trends and state support for higher education sputtering, public colleges and universities that lose overseas students can find themselves in financial trouble.

“This has coincided with a decline in domestic student enrollment and has led to real financial pain,” said Thomas Harnisch, director of state relations and policy analysis for the American Association of State Colleges and Universities, which advocates for public institutions.

Changes in the international higher education market and President Donald Trump’s nativist policies could be leading students from China, India and other countries to enroll elsewhere, say college administrators and experts who track student data.

Not every college has seen a decrease in enrollments recently, and some have seen bigger swings than others. At the University of Central Missouri, for instance, an enrollment boom driven mostly by graduate students from India peaked at over 2,700 international students in 2015, then dropped to just 900 students last year.

Between 650 and 700 students will probably enroll this year, said Mike Godard, interim provost and chief learning officer at the university. Most of the international students weren’t paying more than in-state students, but losing them still hurt the university’s bottom line.

“When you have a reduction of 2,000 international students, there’s a very significant impact on the institution overall,” he said. The university had to lay off staff over the past fiscal year to account for the $14 million drop in revenue, he said.

Colleges have been cutting professors, programs, even athletic teams in response to falling international enrollments, The New York Times reported in January.

Many Reasons for Students to Stay Away

Overall international student enrollment increased by more than two-thirds in the United States over the past decade, hitting a high of more than 900,000 students during the 2016-17 academic year, according to a survey of college officials conducted by the Institute of International Education, a nonprofit based in New York City. But the number of newly enrolled students that same year declined by 3 percent. Preliminary figures for 2017-18 suggest a further decline of almost 7 percent.

Visa numbers tell a similar story. According to the State Department, the number of student visas issued dropped by 17 percent between 2016 and 2017, to 393,573. That’s nearly 40 percent fewer than in 2015, when visa numbers peaked.

The slowdown has been most pronounced in the Midwest and Texas, said Rajika Bhandari, a senior adviser at the Institute of International Education who leads its survey. That’s possibly because many of the institutions in those regions aren’t well-known overseas, or — in Texas’ case — because students are nervous about a state law allowing guns on campus.

Bhandari said there are three major factors driving the decline. First, the Saudi and Brazilian governments have scaled back scholarship programs that allowed tens of thousands of their citizens to go to college overseas.

Second, other countries — such as Australia, Canada and Germany — have stepped up their efforts to attract international students and make it easy for them to remain in the country and work, which increases the competition American colleges and universities face.

And third, restrictions to international student visa programs and Trump’s vows to reduce immigration overall have made students wary of coming to the United States. “Students, when planning their studies in a country, are thinking about a longer-term trajectory,” Bhandari said.

In January 2018, the Trump administration tightened the rules for the Optional Practical Training program, which allows international students to work in the United States for a few years after graduation. In 2017, over 276,000 skilled immigrants worked under OPT, more than were employed thanks to the better-known H-1B program, according to the Pew Research Center. (The Pew Charitable Trusts funds both the Pew Research Center and Stateline.)

The rules now say students with science, technology, engineering or mathematics (STEM) degrees must be employees, not temporary workers, to qualify for three-year work authorization.

In April 2017, Trump signed an executive order that said the government would ensure H-1B employment visas, which are designated for highly skilled workers, go to the most highly skilled, highly paid candidates. The administration also has considered ending a visa program for the spouses of skilled immigrants.

The University of Central Missouri’s Godard said his team has heard that Indian students are finding it harder to get student visas. Students are also worried about their ability to get a work permit or visa after graduation, he said. “We know those are becoming a bit more restrictive from what they’ve been in the past, even for STEM-related fields.”

Dennis Dunham, executive director of global affairs at the University of Central Oklahoma, said that when he travels internationally to market the university, he often has to address wild rumors about immigration — for instance, that H-1B visa holders are getting kicked out of the country.

He asked Oklahoma’s congressional delegation to provide him with a letter confirming that international students are still welcome in the United States, and he now shares it with prospective students. “That’s a hard thing to say when they’re reading so much of the opposite stuff in the newspaper,” he said.

Some college administrators have other theories for why fewer international students, or fewer students from certain countries, might be applying and enrolling — such as that the guidance back home is changing.

While the University of Illinois Urbana-Champaign saw a decline in the number of applications from China this year, the applications it received were from better-qualified students, said Kevin Pitts, vice provost for undergraduate education.

In China, it’s common for students to work with advisers on their college applications, Pitts said. “I’m wondering if those advisers might be doing a better job helping students identify colleges they might be admitted to.”

The Impact on Campus

In more than half the states, tuition has become more important to public colleges’ budgets than state appropriations. Although overall state funding for higher education hasn’t returned to pre-recession levels, tuition increases have allowed public colleges to rake in about 6 percent more money per student than in 2008, according to the State Higher Education Executive Officers Association.

A 2016 working paper by researchers at the University of Michigan, the Urban Institute, the University of California-San Diego and the University of Virginia estimated that a 10 percent reduction in state funding is associated with a 12 percent bump in enrollment of international students at public research universities, suggesting that colleges are seeking out foreign students to fill the budget gap.

Meanwhile, fewer kids are graduating from high school in mid-Atlantic, New England and Rust Belt states, and in some rural regions, the entire population is shrinking. “If it’s harder to recruit and enroll international students — that’s very, very problematic, within that context,” Tandberg said.

Flagship universities, with their strong brand names and robust finances, are better positioned to deal with a decline in overseas applications.

The University of Illinois Urbana-Champaign’s Pitts said the expected decline in international students — the university is still crunching final enrollment numbers — won’t really hurt the university’s bottom line, but it might affect the scholarships it can offer. International students pay up to $42,796 in tuition a year, some $5,000 higher than U.S. out-of-state students pay. The surcharge goes to fund financial aid for Illinois residents, Pitts said.

Pitts stressed that universities enroll international students to bring global perspectives to campus and enhance everyone’s education. “It’s not all about money,” he said. About 1 in 7 University of Illinois undergraduates are international students, out of a student body of roughly 39,000.

International students sent about 29 percent fewer applications to Michigan State University for admission this fall than they did four years ago. But so many U.S. students have applied and accepted offers of admission that overall, undergraduate enrollment is up, said Patty Croom, who runs international admissions at the university. Almost 14 percent of students at the university are from outside the United States.

Regional colleges and universities may be harder hit financially by an enrollment decline, because they don’t have other sources of revenue — such as multibillion-dollar endowments — to cushion the blow.

“Any cohort of students, if we lost 2,000 of them, would be very impactful,” Godard said.

There’s not a single explanation for the rapid rise and fall of international enrollment at the university, Godard said. The rise seemed propelled by low prices and social media — just people talking about the university online.

Since then, other universities have adopted the same pricing structure, and the Indian economy has slowed down, he said. Then there’s the visa situation and general worry among students that they’re not welcome in the United States.

“The desire to come to the U.S. and acquire that ‘Made in America’ credential rebounds pretty quickly,” she said.