Home News Target executive to Africa diaspora: You are obligated to help Africa 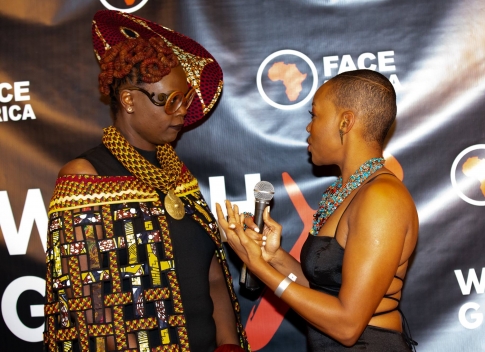 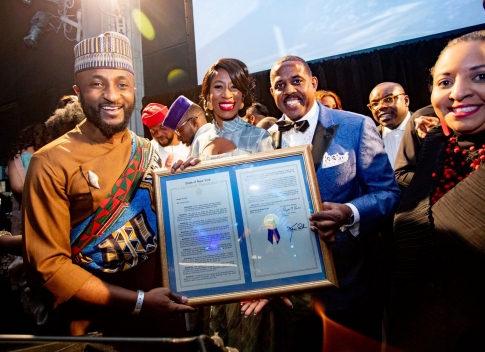 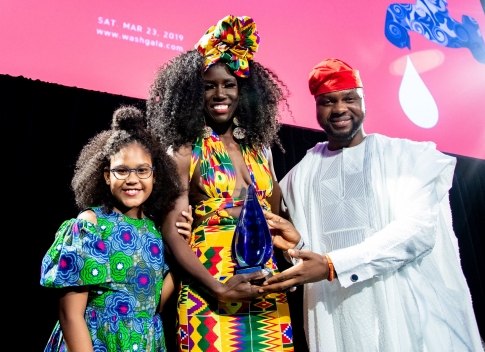 Wanga, who moved to the US from Kenya with her family at a young age, called on the African diaspora in the US to do more for Africa as they have the resources to do so, despite what they might think. She said they have much more than those in Africa.

“I am not begging you to pledge nothing, I am telling you, you have an obligation to represent those that got you here by putting aside some of your discretion spending to help those that have no water in Africa,” Wanga said.

She challenged the audience, numbering over 500, to come up with any valid excuse for not helping someone that has no water. To that end, she pledged $25,000 from Target towards FACE Africa’s clean water advocacy and infrastructure initiatives in Africa. A total of $230,000 was raised from sponsorships, gala ticket sales, donations and pledges, according to organizers.

WASH which stands for Water, Sanitation, and Hygiene is the brainchild of FACE Africa which was founded by Saran Kaba Jones. The annual gala gathering is an official UN World Water Day recognized event. Over 150,000 people have benefitted through FACE Africa’s work in Liberia and Nigeria and Jones said there are plans to expand Ghana, Kenya and Mozambique.

In a propulsive cadence, Wanga rattled off the discretionary money that Africans in the US have that they could use towards alleviating the water crisis in the continent.

Wanga said it was important that “we also do for ourselves what we are asking others to do for us.”

“You know you have much more than those that are back at home,” she said. “Do not use the American standard to judge your success.” She urged them to incorporate giving to charities such as FACE Arica as part of their household budget.

The African immigrant community, she said, is endowed with both material and intellectual wealth. She highlighted Target’s realization of the potential within it when last year when it started working with Mshale’s African Awards to develop them as customers and a workforce.

Among those already heeding Wanga’s call is attorney Charlyne Brumskine. She is a former diaspora member who has since moved back to Liberia where she now practices. She makes the annual trip to the US to attend the WASH gala as it is “a very worthy and necessary initiative, as we take water for granted here in America.”  Brumskine, a former Health and Human Services staffer during the Obama administration, told Mshale she has experienced firsthand the challenges that come with a lack of clean water ever since moving back to Liberia with her two young children, “The diaspora has to hold hands together to help our people.”

In addition to raising money for its initiatives, FACE Africa also honored three individuals for their illustrious careers. Retired Ivorian professional soccer player Didier Drogba was awarded the Humanitarian Award while the Rising Star Award was given to Nomzamo Mbatha. Mbatha’s Lighthouse Foundation works to improve access to education and business opportunities for South African youth. Former Uber chief brand officer Bozoma Saint John was awarded the Voice of Change Award. Saint John, who wears her African heritage on her sleeve, is now the chief marketing officer at Endeavor

As the evening drew to a conclusion, FACE Africa founder Jones, called Joel Ogunsola of the Nigerian state of Ondo who had a special message from his governor. Mr. Ogunsola is the Senior Special Assistant to the Governor on Innovation and Partnerships. He announced a matching grant of every dollar donated to FACE Africa for the next one year up to $1.4 million “as clean water should not be a luxury.”

Ogunsola also announced that due to the inspiration of FACE Africa’s work in his state, the state government there has recently invested over $5 million to bring water across 500 communities.