Home News Student faces deportation to Liberia, where she has never lived 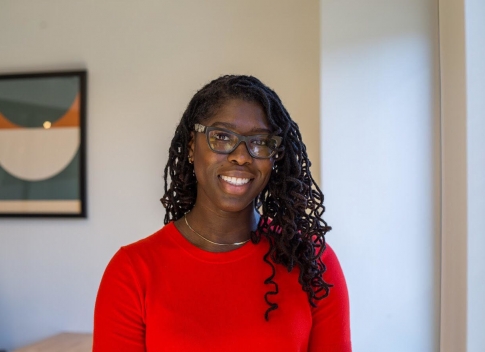 Yatta Kiazolu moved to Los Angeles from Delaware to pursue her dream of obtaining a Ph.D. in history at UCLA.

But as she approaches her final year of the program, her dreams of walking across the stage with her degree in hand seem further and further away as her temporary visa status will expire at the end of this month. And she could be deported to Liberia, a country in which she has never lived, or even visited.

Kiazolu, 28, is one of the thousands of immigrants with Liberian citizenship who remain in the U.S. under a visa status called the Deferred Enforced Departure program.

Many of these DED beneficiaries indeed lived in Liberia before coming to the U.S. But not Kiazolu. She was born in Botswana to Liberian parents and so has Liberian citizenship. Her family moved to the U.S. in 1997 when Kiazolu was 6 years old.

Since then, she has been caught up in the vagaries of the DED rules and of U.S. immigration law more generally.

“This last year has been very anxiety ridden,” Kiazolu said in an interview. “It’s been hard to make long-term plans because this impacts every single part of your life. I’ve had to pass up job opportunities.”

And because DED holders are subject to limitations and have to get permission to travel outside the U.S., she received authorization to travel too late and had to cancel a planned overseas trip to Ghana, which was part of her Ph.D. research.

Since she’s been in the U.S., most of her family has been able to adjust their status to become U.S. citizens, but she hasn’t. Kiazolu said she tried on two occasions to apply for citizenship. In the first case, her grandmother petitioned for her to become a U.S. citizen, but her grandmother passed away as her application was being processed.

Then when Kiazolu turned 26 years old, she applied again but was told she had to wait seven years. As an adult child of permanent residents in the U.S., she has fewer avenues to become a U.S. citizen.

“I was very happy when my parents were able to adjust their status, and everyone around me is very supportive. It’s often hard because in my personal life I am the only one I know that is going through this,” she said. “I’m still in a state where I just don’t know, because there are so many moving parts, and my entire life is here” in the U.S.