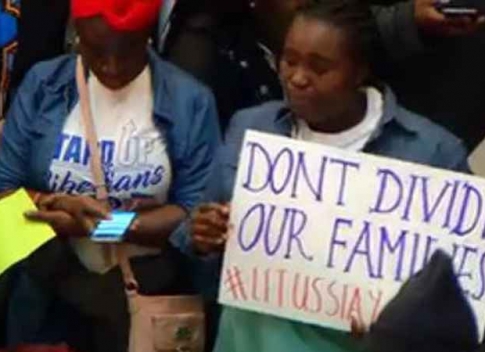 Liberians who have been living in limbo under the Deferred Enforced Departure (DED) were on Tuesday given an early Christmas gift of a pathway to citizenship when the U.S. Senate, in a near unanimous 86-6 vote, passed the National Defense Authorization Act where the provision for the pathway to citizenship had been tucked.

DED for Liberians which was first approved in 2007 and has been extended multiple times since then, was set to expire in March 2020 after Trump had extended it last year to wind down the program. All indications were that President Trump will for sure end it all given his reputation as the most anti-immigrant president. He is however expected to sign the National Defense Authorization Act which has been sent to him.

“We don’t have adequate words to describe the relief, the joy and celebration that it brings to our community,” Rev. Francis Tabla of Ebenezer Community Church told the Star Tribune.

Liberians have Sen. Jack Reed of Rhode Island to thank for adding the pathway to citizenship into the $768 billion National Defense Authorization Act.

It is estimated about 4,000 Liberians will benefit.