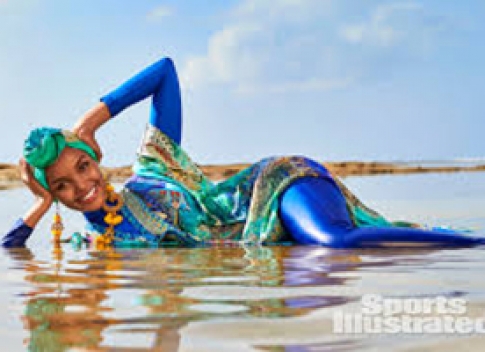 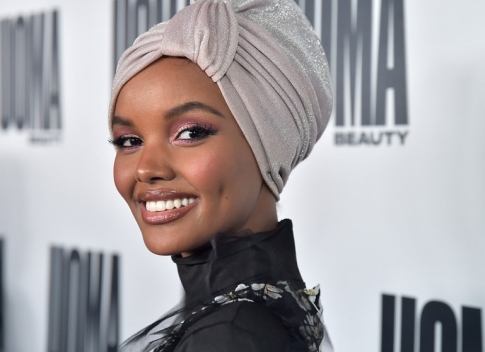 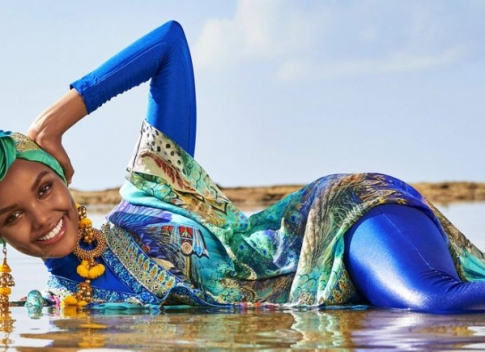 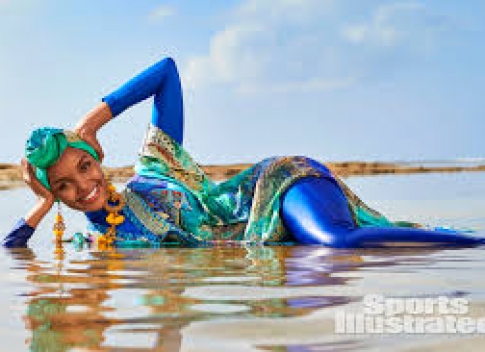 Somali-American model, Halima Aden, will be featured in the annual Sports Illustrated swimsuit edition wearing a hijab and burkini, becoming the first model in SI history to do so. The edition comes out next week on May 8th.

Eden, 21, was photographed by Yu Tsai on the shore of Watamu Beach in Kenya, her birth country where she lived until the age of seven as a refugee. She moved to St. Cloud, Minnesota, where in 2016, she became the first woman to wear a hijab in the Miss Minnesota USA pageant.

Now signed to the agency IMG models, Aden has modeled for Fenty Beauty, Allure, Teen Vogue, Vogue Arabia, and became the first woman of color to wear a hijab on the cover of British Vogue.

“I keep thinking [back] to six-year-old me who, in this same country, was in a refugee camp,” Aden told SI. “So to grow up to live the American dream [and] to come back to Kenya and shoot for SI in the most beautiful parts of Kenya – I don’t think that’s a story that anybody could make up.”

Eden had this to say to her followers on Instagram about the announcement of her SI feature:

“…Don’t change yourself .. Change the GAME!! Ladies anything is possible!!!Being in Sports Illustrated is so much bigger than me. It’s sending a message to my community and the world that women of all different backgrounds, looks, upbringings… can stand together and be celebrated…”