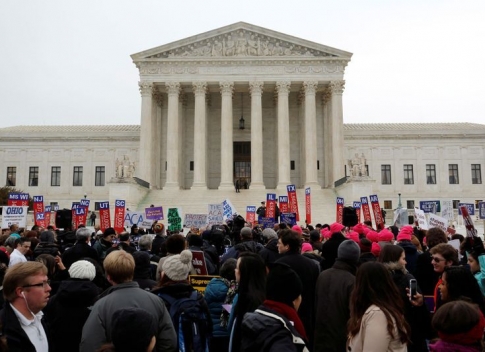 The administration’s win at the Supreme Court means that when one applies for a green card, US immigration authorities can now demand that they prove they will not be a burden to the country or a public charge, even if an immigrant had qualified and legally received public benefits such as Medicaid and food stamps.

A 2018 study that was done by Boundless when the Trump administration signaled they would propose such a rule, found that 200,000 spouses would not be legally admitted into the country should the rule go into effect.

More than 19 million children, 86 per cent who are citizens, live with an immigrant parent who might not have obtained their green card yet. Many of these 19 million children are on Medicaid and there is now fear that parents who are planning to apply for green cards will not apply for Medicaid for their children, for fear of jeopardizing their green card applications, even though those children qualify for the benefits.

Each year, about 544,000 people apply for green cards and authorities have indicated that 382,000 would fall in categories that will trigger a review on whether they could be a public charge.