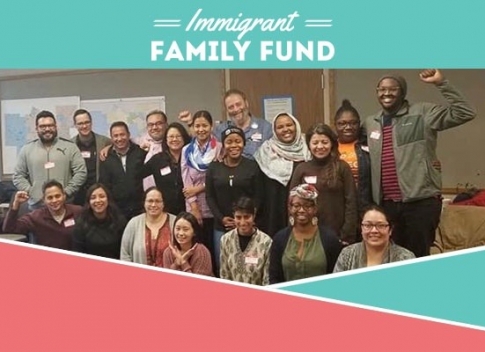 More than 10 community groups that include the Black Immigrant Collective and ISAIAH, have launched the Minnesota Immigrant Families COVID-19 Fund to raise funds to help the state’s undocumented community who have been left without access to state and federal economic programs designed to offer relief during the COVID-19 pandemic.

The fund is available to all undocumented individuals or households whose main sources of income is from immigrants who are not eligible for state and federal benefits.

Individuals can apply at this link.

The money can be used to pay for groceries, utilities, pay for DACA or TPS renewals and for short-term partial income loss to COVID-19 among others. Visit this link for further information.

Undocumented immigrants typically do not have social security numbers but instead use what is called Individual Tax Identification Numbers (ITIN) and the IRS takes in billions of dollars of tax payments from these undocumented workers. However, the $2 trillion CARES Act that Congress passed made people who filed taxes with an ITIN ineligible for assistance. Furthermore, US citizens or green card holders who jointly filed taxes with someone using an ITIN, they are also ineligible for the stimulus checks of about $1,200.

Minnesotans of goodwill can make donations to the fund at this link.

To apply for funds, use this link.