With due respect to you as the ultimate Sovereign in accordance to Article 1, Constitution of Kenya, 2020, we the members of Bwakire Se! Nyamira 2022 and candidates for the Governorship hereby submit as follows:

We began the improbable journey as a campaign for a better, brighter Nyamira County. We acknowledged that Nyamira faces a plethora of problems, most of which we viewed as man-made and preventable. From impassable roads and virtually no modern infrastructure, endemic public corruption, growing poverty, a collapsed healthcare system, visionless leadership to unremarkable status on the local and international stage, the list goes on. In our view, it was total darkness -literal and figurative. In December 2018, we launched Bwakire Se! (a New Dawn!) with the sole objective to bring light to Nyamira. Our gubernatorial bid was an inseparable cog in this wheel. Even back then, we considered the August, 2022 election as a binary choice: between a darkness (read the Status Quo) and light (a new dawn in fundamental ways).

Barely a week to the all-important August 9, 2022 election day, we believe that we have prosecuted a convincing case.

Upon launching of Bwakire Se! as a movement, we were under no illusions that change would come easily or without cost. Nonetheless, we outlined an agenda for a brighter Nyamira as having these irreducible core pillars:

Our argument then as is today, remains: we must engineer and midwife the total transformation of Nyamira County in fundamental ways. That the status quo was not only unacceptable but also that another 10 years thereof would amount to total dismantling of the County as an entity.

For nearly two years now, we have engaged the people of Nyamira in intentional and often difficult conversations around the agenda for change as captured in the above pillars. In Bwakire Se!, we believe that all the above pillars must be in place in order for the transformation of Nyamira to even begin.

Throughout the campaign, we have endeavored to offer solution-based and tested leadership with the sole objective of improving the conditions of our people. For this reason, our unique campaign style felt more like a classroom environment than the despicable circuses that our opponents often engage in.

As Kenyans approach August 9, 2022, we trust that the voters of Nyamira County have heard our loud and persuasive case for change. Hopefully, we have shown the urgency of immediate action at the ballot booth to avoid any deeper regression. Our youth can ill-afford another lost decade; our people cannot bear more pangs of poverty; demoralized, underpaid but overworked public servants deserve a break; Nyamirans are entitled to live in dignity and with a modicum of decency across the County. Briefly put, it is time for Bwakire Se!, Hon. Wakili Henry Ongeri as Governor and Hon. Josephine N. Buruchara as Deputy Governor. The alternatives are unthinkable.

The authors are candidates for Governor and Deputy Governor of Nyamira County in the August 9, 2022 Kenyan general elections.

Henry Ongeri is a Kenyan-American lawyer and Managing Partner of H.M. ONGERI & ASSOCIATES, a transatlantic law firm with offices in Africa and the United States. He is a regular commentator on global issues for Mshale. 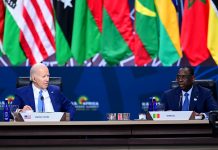 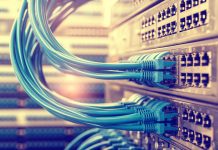 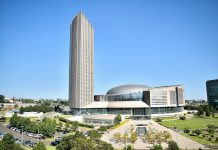