The new Hennepin County Attorney Mary Moriarty celebrated her election Thursday and promised to make changes that will restore trust in the county’s law enforcement system.

“People have asked me if I see this as overwhelming,” Moriarty told her supporters at the All Square restaurant in Minneapolis. “I see it as an opportunity to create change.”

In the last decade, the Minneapolis Police Department (MPD) has been heavily criticized for continuous malpractice in officers’ encounters with residents of color. The scrutiny has intensified since 2020 when MPD officer Derek Chauvin murdered George Floyd, sparking nationwide riots. An investigative report released in 2022 by the Minnesota Department of Human Rights found that since 2010, more than 90% (13 out of 14) of individuals killed by MPD officers were people of color. Cops were also more likely to search vehicles during traffic stops, issue unjustified citations, and use excessive force during arrest when the person was Black, according to the same report. Moriarty said that as Hennepin County Attorney, she would advocate for a more ethical criminal justice system.

“We strive to do the right thing in every case,” Moriarty said.

As Hennepin County Attorney, Moriarty leads the largest public law office in the state of Minnesota. Every year, the county attorney’s office oversees tens of thousands of cases.

A native of Minnesota, Moriarty grew up in the small town of Benson. She graduated from the University of Minnesota Law School in 1989 and dedicated the next 31 years of her career to serving as a Hennepin County public defender. During her service, she became a champion for racial equity in the criminal justice system, which earned her popularity among progressives. In 2014, Moriarty was named Hennepin County’s first female Chief Public Defender.

With decades of experience and track record of advocating for change, Moriarty seamlessly prevailed at the polls in November. She defeated nonpartisan opponent Martha Holton Dimick by getting 57.6% of the vote. Moriarty takes over from Mike Freeman, who served in the role since 2006. Freeman, who openly endorsed Dimick, has come under fire in recent years after he claimed his team did not have enough evidence to prosecute the other four officers seen in the video of Floyd’s murder. Moriarty crossed the finish line with more than 60% of the vote in Minneapolis and led in most of the surrounding suburban cities.

Zaynab Mohamed, the newly elected state senator for District 63, ran alongside Moriarty in November’s elections. Mohamed said that she was excited to see the work that Moriarty would do to make changes to the criminal justice system in Minnesota.

“She wants to create a criminal justice system that doesn’t just lock people up, but is humane,” Mohamed said.

Having witnessed criminal justice inequity impact her family, Cathy Stroud Caldwell said she was motivated to vote for Moriarty based on the policies she campaigned on. Caldwell, a nurse, detailed an event that led to her son to be unjustly imprisoned. Her son was accused of getting involved in a crime with a group of other individuals, which led to a murder. He received a sentence of life without parole for aiding and abetting while the murderer only received a 5-year sentence.

“They told me I couldn’t come to his own trial, and I am his mother,” Caldwell said. “He has been in there for 17 years. This is the corruption Mary is fighting against.”

Community member Addie Hammond said that Moriarty’s stance on drug crimes is what reeled her in. Moriarty’s team discovered that marijuana stings disproportionately target Black residents of Hennepin County. Ever since, she has been committed to advocating for appropriate penalties for drug crimes.

“I like that she really advocated for minorities in those cases,” Hammond said. 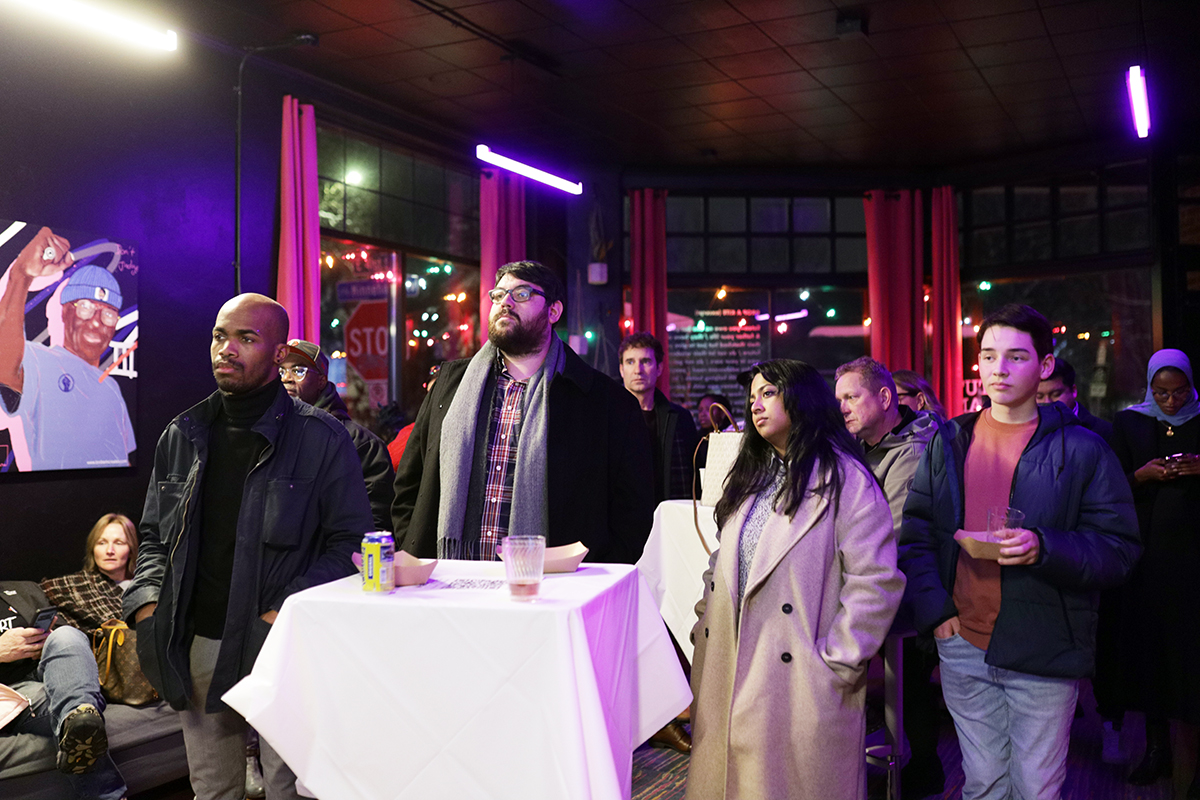 Ármel Green, founder of Deberry Foundation, said that Moriarty’s campaign resonated with him personally due to an event where a friend of his was incarcerated. Green’s friend Myon Burrell was convicted of a crime, and Moriarty fought for his release. Burrell was sent to prison for life as a teenager and Minnesota commuted his sentence after he had been in prison for 18 years. The commutation happened after the Associated Press and American Public Media uncovered new evidence and serious flaws in the police investigation into Burrell’s case, raising questions about whether he may have been wrongfully convicted. Green said that Moriarty demonstrated courage to stand up for what was right when many did not agree with her.

“I heard about how passionate she was for my friend’s release,” Green said. “She is for the people.”

Excitement grows for upcoming Black Entrepreneurs Day at the Capitol on Feb. 3