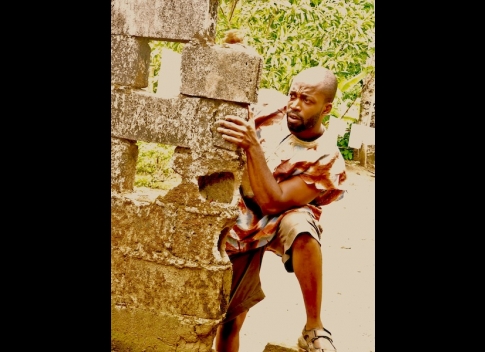 A special screening of the film, Murder in the Cassava Patch, will take place at North Hennepin Community College Fine Arts Theater on friday, July 27.This first screening of the film in the United States will be the culmination of events celebrating the 165th anniversary of Liberia’s independence (July 26).

The film is adapted from acclaimed Liberian writer Bai T. Moore’s award winning novel, Murder in the Cassava Patch—long considered a classic and remains required reading in the Liberian school system.  “It’s a literal rite of passage that remains part of the fabric of our culture,” said the Liberi

an-born filmmaker, Yor-El Francis, who read the book as a student at the American Cooperative School in Sinkor, Liberia.

Based on a true story, the movie—like the book—weaves a suspenseful plot of murder, jealousy, and envy all for the price of love. Making his directorial debut, Francis skillfully masters the art of suspense; and poetically brings to life the complexity of a people which truly compliments Moore’s masterful works. Filmed and cast on location in Dimeh, Bong County, Liberia, Murder captures the country’s beautiful landscape and rich inheritance circa post war. The film stars Liberian actor and rapper Eugene Lorenzo Martin, Liberian actress Barnie Doe, with new find Precious Samukai who makes her acting debut.  Other cast members include veteran Liberian stage actors Peter Ballah and Eddie Gibson; and actress Barkue Tubman.