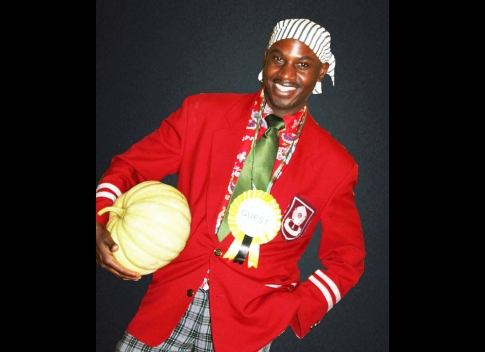 Kenyan stand up comedian,Nyambane, aka Walter Mongare has been back in the States these last few weeks but this time as an ambassador for AMREF’s “Stand Up for African Mothers” campaign. He makes his half way stop of the US tour on Saturday in the Twin Cities.

The Nairobi based AMREF (African Medical and Research Foundation) has been involved in health development since pre independence days in Africa in over 30 countries.

Nyambane recently partnered with AMREF in their campaign and as its ambassador will help in creating awareness in the Kenya diaspora community as part of his annual US tour which is currently underway.

Nyambane says he is a believer in the cause. The “Stand Up for African Mothers” campaign aims to train 15,000 midwives by 2015 and contribute towards reduction of maternal deaths by 25%, according to AMREF.

The comedian has built messaging about the campaign into his appearances.

The Saturday appearance is being coordinated locally by Twin Cities promoter Kilimanjaro Entertainment.