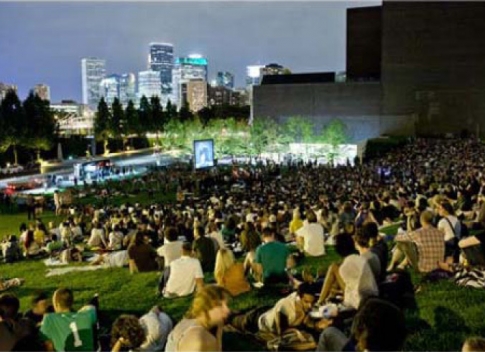 The longtime Twin Cities favorite “The Walker Art Center Music & Movies: In Dreams” continues on Monday August 6 with by far its biggest presentation ever of an African artist, the world-renown “Giant of African Pop” Oliver Mtukudzi.

Oliver Mtukudzi and the Black Spirits will appear for a free open air concert at Loring Park in Minneapolis across the street from America’s First Basilica, St. Mary’s Basilica and near the Walker itself.  Music starts at 7:00 PM. Bring your picnic gear.

Mtukudzi is an international sensation and is known for his husky, mellifluous voice and gift for combining gripping guitar-based melodies with hypnotic rhythms.

Over at the Cedar, the African Summer music series which has presented a variety of African bands and groups since the summer begun concludes Tuesday with a sold-out Amadou & Mariam show.The couple is from Mali. The Cedar is co-presenting the show with the Walker Art Center and  Sue McLean and Associates.

Show Sold-out but Mshale has Tickets

The Amadou and Mariam show is sold-out but the Mshale Newspaper Text Club has tickets to give out to its members. You can enter a drawing by Midnight Friday, August 3 by texting BAMAKO to 24587. Winners will receive a pair of tickets and will be notified via text by Monday at noon CST.