Home Entertainment The man who brought MTV to Africa 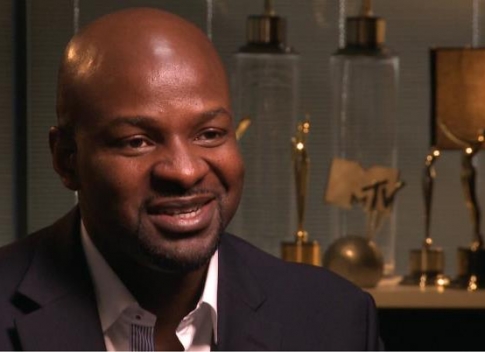 Alex Okosi left Nigeria as a young boy in the late 1980s to seek a better future in the United States.

By the early 2000s, the music executive was carving a successful career with broadcasting giant MTV, holding strategic positions within the influential medial company both in the United States and Europe.

Yet, Okosi never forgot where he came from. His dream had always been to promote his continent’s diverse music scene and vibrant youth culture.

In the mid-2000s, at a time when not many were convinced about his continent’s economic potential, Okosi helped persuade his bosses to launch a dedicated MTV channel for Africa.

“We’ve … been quite lucky in being able to create a brand that we have taken from our international stable and bring into the continent to be able to create content and experiences that people enjoy, localizing them to make sure that they cater to the attitudes and tastes of African audiences,says Okosi, now based in South Africa.

Born in the West African country of Nigeria, Okosi moved to the United States at the age of 12. He excelled throughout school, graduated with high honors in 1994 and won a scholarship to St. Michael’s college in Vermont.

He credits his mentor Midge Monte for shaping his character and showing him the value of working hard to achieve your goals.

“Midge was such an important an influential part of my life as she served as my guardian the last two years of my high school career and has since remained a huge part of my life,” says Okosi. “Midge also instilled in me the importance of hard work and commitment as one strives to be successful.”

Okosi’s determination and academic excellence helped him land a job with MTV straight after university. His talents soon started to shine — Okosi worked both in MTV’s New York and West Coast offices before moving to London to be part of the company’s international strategy team.

He first planted the seed of bringing MTV to Africa during a business lunch with the head of the broadcasting giant. Okosi was convinced about the power and value of the African market, but putting together a viable business plan was far from easy — a lack of data on the size of the advertising market, coupled with infrastructure challenges, hampered Okosi’s ambitions.