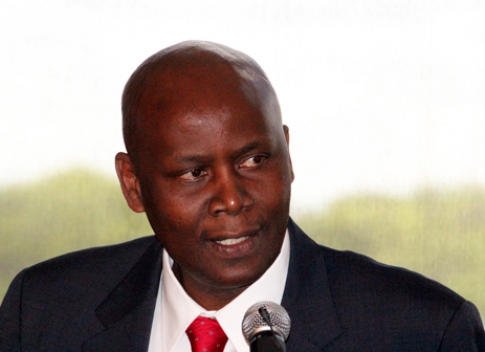 The Board of Directors for Books for Africa on the recommendation of its executive board unanimously confirmed Kenya’s ambassador to the United States as its 2013 chair of the Summit Society. The Summit Society consists of top donors to Books for Africa in excess of $5,000 each year. The board action took place at its end of year December board of directors meeting.

“Ambassador Odembo is an articulate and passionate supporter of education in Kenya and across Africa. We are pleased that he has agreed to chair our Summit Society, which represents the top donors to Books for Africa.”

Ambassador Odembo impressed key Books for Africa supporters when he delivered the keynote address at the organization’s annual fundraiser luncheon in May 2012 held in St. Paul where Books for Africa is headquartered.

Books for Africa are the world’s largest shipper of donated school textbooks to Africa. It has shipped over 27 million textbooks to the continent since its inception in 1988. It will be marking its silver jubilee this year. Silver jubilee events will take place throughout 2013 and will culminate in a gala event in St. Paul on September 20.

Mr. Plonski said that Ambassador Odembo’s reception is “in honor of the Summit Society members. We are grateful for the Ambassador’s support for our mission,” he added.

Editor’s note: Mshale founder and publisher, Tom Gitaa, is a member of the board of directors for Books for Africa and sits on its  executive board.