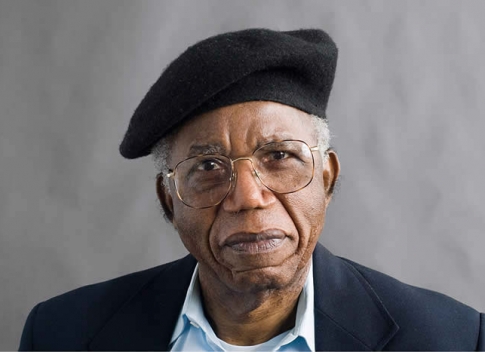 Chinua Achebe, the literary giant from Nigeria, passed away last Thursday. In his various writings, Achebe challenged the then Eurocentric perspectives and instead brought an African perspective to the story of colonialism in Nigeria as expounded in his books, Things Fall Apart and No Longer at Ease. These books showed the clash between the Igbo and the British in Nigeria: first from the perspective of a Nigerian father, and in the second book from the perspective of his European-educated son.

Before Achebe, Amos Tutuola, Camara Laye and other African literary titans, the narrative of the African region and colonialism was handled primarily by the likes of Joseph Conrad, John Locke and Joyce Cary. Of course, these European perspectives are not entirely invalid. However, they represent only one broad perspective of Africa. As the old saying goes “Until the lion learns to speak, the tales of hunting will always glorify the hunter.”

Fortunately, Chinua Achebe’s stories strengthened the African narrative and inspired future writers to realize the possibilities for African literature, as Chimamanda Ngozi Adichie says in her Ted Talk, “I realized that people who looked like me could live in books.” Adichie, the author of Half of a Yellow Sun, takes Achebe as a lesson to avoid the “danger of a single story” or a single perspective. She also points out that in some cases the ability to voice a particular perspective sometimes boils down to how much dominance the story teller has, “How [stories] are told, who tells them, when they’re told, how many stories are told — are really dependent on power.”

In the African policy dialogue in Washington, as in literature, there is a tendency for a single narrative or perspective to dominate otherwise complex and varied perspectives of the continent.

For example, The Economist deemed Africa the “hopeless continent” in the early 2000s. This narrative was recently retracted by the magazine and revised as “A hopeful continent”. In policy discussions in Washington, it is not uncommon for think tanks and briefings on Capitol Hill to feature panel discussions on African policy issues with experts sourced entirely from Europe and the U.S.

The perspectives advanced in such forums could be well informed, but like the pre-Achebe writings, the narrative ignores the African perspective. As we mourn the passing of this great literary hero, we see our mission at the Brookings Africa Growth Initiative to take Achebe’s message forward by incorporating African voices in the policy dialogue on Africa in Washington. By amplifying and raising African voices in the U.S.-Africa policy dialogue, AGI complements the U.S. or European perspectives to facilitate better decision-making and to avoid missing opportunities that could potentially benefit both the African region and the United States.

Mwangi S. Kimenyi is senior fellow and director of the Africa Growth Initiative. The founding executive director of the Kenya Institute for Public Policy Research and Analysis (1999-2005), he focuses on Africa's development including institutions for economic growth, political economy, and private sector development.