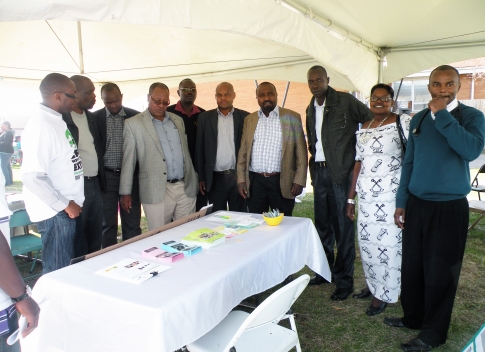 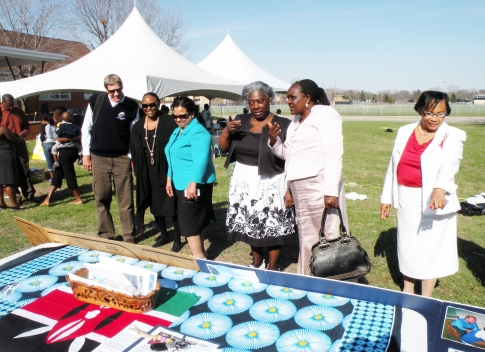 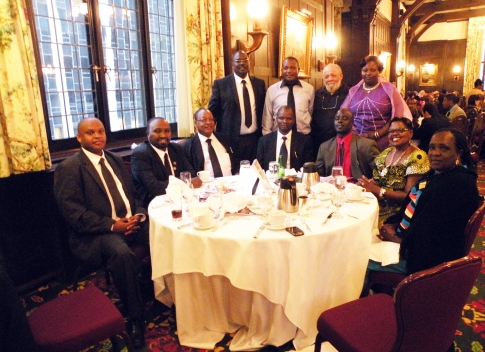 The bottom line is, you must be organized to achieve your goals, and resource development planning is what gets you organized. A total of eleven Kenyan professionals did just that on a recent tour of Minneapolis. The Eldoret delegates were from government agencies, the medical field, business and municipalities. In case you are wondering why Minneapolis out of the more than 19,000 cities in the U.S, Minneapolis is a ‘sister city’ to Eldoret.

For the curious mind, sister cities is a program centered on dedication of friendship and understanding between people of different cultures and personalities. These relationships are established based on cultural, educational, information and trade exchanges and are supported and implemented  by citizen groups around the U.S. “The aim of the program is to have exchanges  between two cities in order to learn best practices” said Mr. Daniel Kiprotich, Deputy Governor of Uasin Gishu County. Mr. Kiprotich stated that Minneapolis assisted Eldoret in overcoming challenges and aiding with projects because Minneapolis is well equipped.

In 2011, Eldoret fire fighters performed Hands On training with Minneapolis Fire Department trainers.  According to Mr. Kiprotich, Eldoret is the most equipped town with the award of a fire truck, ambulance and an additional ambulance expected next year.  “It is a good relationship. We came to widen up the scope and see other areas we can tap into”. Some of these areas include better methods of managing the environment as it relates to cleaning and recycling and ways to deal with challenges of involving the community in the process.

The delegation arrived in Minneapolis on May 4 ready for a 10 day rollercoaster schedule consisting of facilities tours, training workshops, meetings, benchmarking sessions and connections with local citizen group affiliations and Kenyans in the Diaspora. I was honored to meet the delegation of shrewd, dedicated and intellectual leaders passionate about the welfare of the people of Eldoret. The agenda consisted of the  promotion of systemic development, encouraging sustenance and rational growth of local programs and projects, capacity building, benchmarking and replication of best practices.  Offices visited included The Mayo Clinic, Hennepin Medical Center, the University of Minnesota, and the department of Public Works.

Dr. John Kibosia, Director of Moi Teaching and Referral Hospital (MTRH) and Dr. Wilson Aruasa, Deputy Director of Clinical Services both emphasized the importance of training medical staff and equipping the hospital with supplies and machines to enhance patient care and experience. During their visit in 2012, not only did the doctors engage in a productive and promising discussion, Dr. Kibosia and Dr. Aruasa observed  day to day operation of the cardiac, pediatric and, Intensive Care Units (ICU) of Mayo Clinic and Hennepin County Medical Center.  Of particular interest was the cleanliness of the facilities and the electronic systems of paper reduction. “When we went back home, these were things we tried to replicate,” said Dr. Kibosia. The MTRH leader also mentioned how training can give a new perspective of looking at things. “We realize here that smiling is a must and is good for customer relations. We are also putting it across”.

Accomplishments of this trip include a request for proposal (RFP) award from Mayo Clinic in which MTRH will receive a doctor, nurse practitioner and medical engineer in July to train the medical staff particularly in cardiology area. Upon completion of the training, Mayo Clinic is slated to equip the cardiology unit in expansion efforts. Currently, there are four beds in this unit and the hope is that after training and receipt of equipment an additional 6 beds will be installed to increase heart disease services. “Mayo Clinic will come to Eldoret to host a conference on cardiology and we hope this will excite passion in cardiology.” said Dr. Aruasi.

Additionally, the Kenyan doctors entered into a Memorandum of Understanding (MOU) with the University of Minnesota medical school in order to provide training and exchange of skills to MTRH staff. Kenyan doctors working at Hennepin County Medical Center’s pediatrics and ICU units were also willing to travel to Eldoret to train MTRH staff. “We are not only interested in material donations per say but more importantly in the transfer of skills back home.” said Dr. Aruasi.

The Eldoret Water and Sanitation Company (ELDOWAS) which is largely owned by Eldoret Municipal Council were represented by the ELDOWAS Managing Director, Mr. Reuben Tuei. ELDOWAS, which has been around for 13 years, essentially provides drinking water and the treatment of waste water to the City of Eldoret.

Mr. Tuei’s principal focus on the trip was technological management and maintenance of water and sewer.  Mr. Tuei pointed out the need for equipment such as jet trucks and back trucks that are efficient in the management of sewer spills and blockage. “We do not have these trucks back home and therefore the work is done manually and it can be dangerous”. He stated. “ We are in talks with the City of Minneapolis and although talks are at the initial stage we are hoping to get assistance with the trucks”. Water management in general is crucial to each city.  For instance, in cases of emergencies such as infernos, the city needs to have adequate water pressure to overcome such fires and ensure the water hydrants are well labeled. Other areas ELDOWAS will benchmark includes recycling and conserving water in areas such as roof catchments and generation of power from water for use in plants.

In 2000, the International Leadership Institute (ILI) in collaboration with Peter Ole-Sabai, a Kenyan citizen, presented a proposal to the City of Minneapolis requesting the city become an International Sister Cities’ member with Eldoret. The proposal was accepted by the Mayor and City Council and the relationship began with a visit to Minneapolis by the then Eldoret Mayor. A visit to Eldoret by ILI’s Youth Council laid the foundation for future sustainable projects. The ILI and Greater Friendship Missionary Baptist Church have  continued to be supportive of projects that provide resources for the continued education and skills building of local Kenyans in the Eldoret communities and region.

Other affiliates that play crucial roles in the success of the delegations include natives of Uasin Gishu who have formed associations in Minnesota. These groups have collaborated to facilitate acquisition of various donations, secured appointments with local offices on behalf of the delegates, assisted with preparation of RFPs and helped interrogate management system issues. “These groups have contributed to helping us be robust, which has led to better accountability and management of resources”. Stated Dr. Aruasi.

Sister Cities International, located in Washington D.C, is the parent organization of sister cities programs around the U.S. Partnerships are with over 2,000 cities in over 140 countries worldwide.  Established at the white house conference on citizen diplomacy in 1956, the aim was to create lasting friendships between people of different cities around the world in order to promote peace and prosperity.

Officials of Scottsdale are set to go to Eldoret in August 2013 on a fact finding mission after the Eldoret delegation paid them a visit. A total of six cities in Kenya are registered as members of Sister Cities International and partnered as follows: