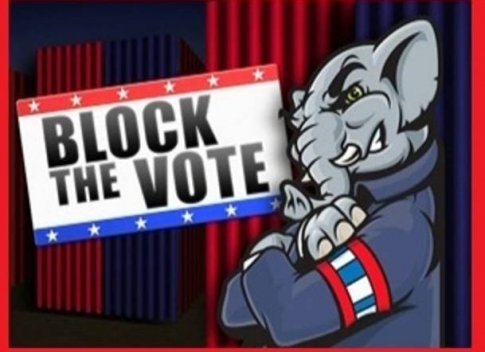 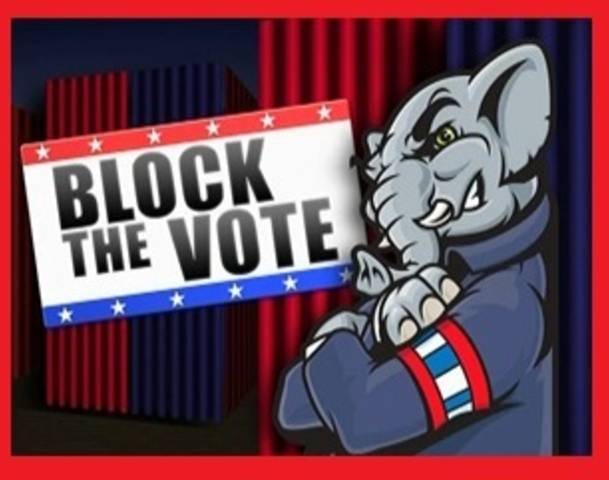 “We view the attacks on voting rights in North Carolina to be among the most extreme and regressive we’ve seen in the country,” said Eddie Hailes, managing director and general counsel for Advancement Project, a civil rights organization that works on clearing barriers to the ballot box.

In a statement announcing the organization’s lawsuit against North Carolina, Advancement Project Co-Director Penda Hair noted that voters of color would be the hardest hit by the new restrictions; young people as well.

For instance, HB 589, the law Gov. McCrory enacted, will end the pre-registration of 16- and 17-year-old future voters; and increases the likelihood of incidents of intimidation at the polls by allowing voters to be challenged by a registered voter from the same county. In the past, those challenges were limited to voters from the same precinct.

“Right now, in 2013, we’re having a repeat performance of 2012,” said Kathy Culliton-Gonzalez, director of voter protection for Advancement Project. Proposed voter ID restrictions by 24 states in 2013 head the list as the most popular form of legislative fiat. Other initiatives run the gamut from reducing early voting days – like in North Carolina — to voter purges.

“Even though this is not a presidential election year, this Supreme Court decision [Shelby County v. Holder] has opened the door to more and more restrictive voting changes. Yes, it’s better than the ‘60s — there’s not as much violence involved in these battles of voting rights — but we’ve seen the biggest wave of voter suppression in the form of modern-day poll taxes and literacy tests since the Voting Rights Act was passed.”

Fighting back against voter suppression

Voting rights advocates are responding in four main ways. Litigation continues to be the critical bulwark against the implementation unfair voting practices, but, as Culliton-Gonzalez notes, litigation is expensive and is sure to test of the resources for the organizations like hers, the ACLU, Brennan Center for Justice, the Lawyers’ Committee for Civil Rights Under Law, the Leadership Conference, the NAACP Legal Defense and Educational Fund, and others that champion voting rights.

Secondly, public demonstrations and civil disobedience could raise public awareness about the unjust or disparate impact of newly proposed or enacted laws. Rev. Dr. William J. Barber, II, president of the North Carolina chapter of NAACP, had some success in rallying protesters against HB 589 and other legislative actions through Moral Monday demonstrations each Monday in Raleigh. His organization is continuing to hold Moral Monday forums outside of the state capitol and is planning demonstrations in 13 of the state’s congressional districts on Aug. 28th to coincide with the 50th anniversary of the 1963 March on Washington.

Whether the intensity and discipline of the North Carolina protests can be replicated in other states remains to be seen. Yet other veterans of the civil rights era are encouraging a national movement for the restoration and protection of voting rights.

Rev. Joseph Lowery, 91, a former president of the Southern Christian Leadership Conference, used the bully pulpit at the Ebenezer Baptist Church in Atlanta last week to promote the Voting Rights Project, a new 50-state initiative. “There have been deliberate and systematic attempts at the state level to make it harder for voters to participate,” he said in a statement reported by The Atlanta World. “We must put an immediate stop to this or lose any gains we have made since the Civil Rights movement and passage of the Voting Rights Act.”

A third front of organizational activity focuses on pressuring Congress to take up the issue of devising a new Section 4 formula so that Section 5 can be fully restored.

Section 5, the strongest oversight measure of the Voting Rights Act, allows the Department of Justice to challenge proposed changes in election laws before they could be implemented, if those changes could be shown to have discriminatory impact on minority voters. But it was the findings under Section 4’s formula that triggered the DOJ action.

Myrna Perez, deputy director of the democracy program at Brennan Center for Justice, concurs with turning the focus to Capitol Hill. “We want Congress to have conversations; we want them to hold hearings. We want them to study the issue, talk to experts, review options and come up with something that is bipartisan and constitutional. Section 5 is still constitutional,” she emphasized. “Section 4 requires revisiting and we need Congress to do that.”

But a Congressional revival of Section 4 — so that Section 5 can once again be employed by DOJ — could prove to be a distant possibility. “By invalidating Section 4 of the Voting Rights Act, the court has effectively eliminated Section 5 federal oversight,” wrote David Bositis of the Joint Center for Political and Economic Studies. “The current U.S. House of Representatives will almost certainly NOT provide a new definition for Section 4 coverage, and so Section 5 is out for the foreseeable future.”

Others add that partisan politics could simply lead to Congressional inaction. Both houses of the North Carolina legislature are controlled by Republicans, as is the governor’s office. Congress may speak of re-invigorating Sections 4 and 5, but for some Republican members, it could be seen as political suicide for their party. Republicans have better odds of holding North Carolina in 2016 with HB 589 enacted and Section 5 sidelined.

While all three prongs of a voting rights offensive may be in play, ultimately, the endgame in voters’ rights may be the passage of a Constitutional amendment explicitly guaranteeing the right to vote. Currently, that right is only implicit under federal law. Resources, again, may be the determinant of whether such a movement can be sustained. At a time when African-American and Latino voters are often marginalized by successful gerrymandering, the amount of energy required to move a coalition forward will be formidable. Still, said Culliton-Gonzalez, “We’re not going away.”