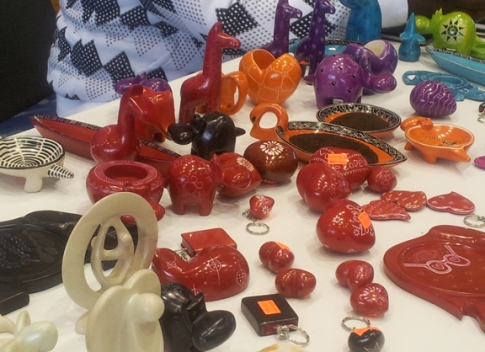 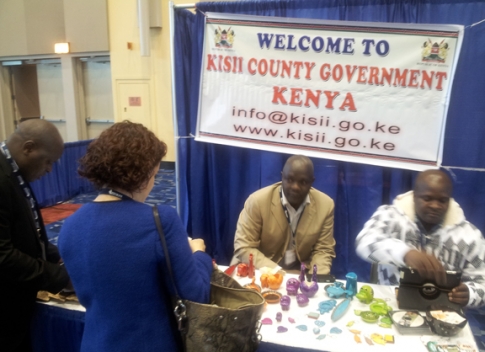 Moiro Omari had never been to the United States before but that did not stop him from taking the invitation to attend the U.S.-Africa Business Summit in Chicago seriously. Omari is the Cabinet Secretary in charge of trade at Kisii County in Kenya. The MBA holder from the University of Nairobi said he had heard good things about the biennial conference and convinced his governor and executive committee, to invest in the trip, he said. The county is one of the 47 counties that resulted from the devolved system of government that the country adopted with its new constitution.

“People who are investing their time to come to a conference like this mean they are serious about Africa, and I felt we need to meet with them and tell them what my county can do to facilitate trade between us,” said Omari.

Accompanying Omari to the summit are Protus Moindi, the County Assembly majority leader and Daniel Ombasa Apepo, the minority leader.

The new county system has given the new units of government the autonomy to source foreign direct investments and many of them have taken to the task with gusto. They have been in a quest to woo investors from around the globe. However, with no structured investment promotion arms as exists with the central government, the counties have resorted to shotgun approaches like working directly with family and friends in the Kenya Diaspora to arrange meetings with potential investors and the extensive logistics that go with such. Since April of this year, numerous governors of the various counties have made trips to the United States with the intention of luring investors.

Kisii County is not the only one represented at the summit. Others with delegations include Narok and Kisumu counties. Kisii County however is the only one with a booth showcasing one of that county’s strong exports, carvings made out of Kisii soapstone. The stand is hard to miss as it is near the entrance to the expansive exhibit hall, three stands away from the Dangote Group and eye-popping IBM stand.

Although this was their first time venturing into the US to solicit trade and investments for their respective counties, the county staff from both Kisii and Narok said they were up to the challenge. One such official is Moses Chelanga. He is the legal advisor to the Narok county governor.

“We have a strong delegation from Narok including the Assembly Speaker,” said Chelanga as he introduced the speaker, Ololtisatti Ole Kamuaro to this reporter.

The Narok delegation, although not exhibiting, was quick to make friends. Olufunto Boroffice, Technical Advisor to Nigeria’s Minister of Power, was sporting a colorful bracelet she received from a member of the Narok delegation. A former General Electric employee, she returned to Nigeria after 18 years in the US “so I could stop being an armchair critic of why things are not working back home”, she said.

The county officials described the U.S.-Africa Business summit as very engaging and promising. Interestingly, with the strong interest shown by the county governments, the Kenya embassy in Washington has no visible presence at the summit and its absence is hard to miss given the high profile it has cultivated over the years at the summit. It is the only one of the major African embassies not present at the summit which has attracted over 1,000 US and African business and government leaders. This is also the first time the summit has gone outside of Washington when held in the United States. President Uhuru Kenyatta has not announced a replacement for former Ambassador Elkanah Odembo whose tour ended in July. The embassy has been headed by the Chargé d’affaires, Ambassador Jean Kamau since Odembo left.

The disconnect with his country’s embassy however did not seem to bother Moiro Omari at the moment.

“Our mission here really is to make contact with prospects and we know it might take a while (to develop), but we will do what it takes”, said Omari.

In meeting with Kenyan president, Biden announces donation of 17 million...